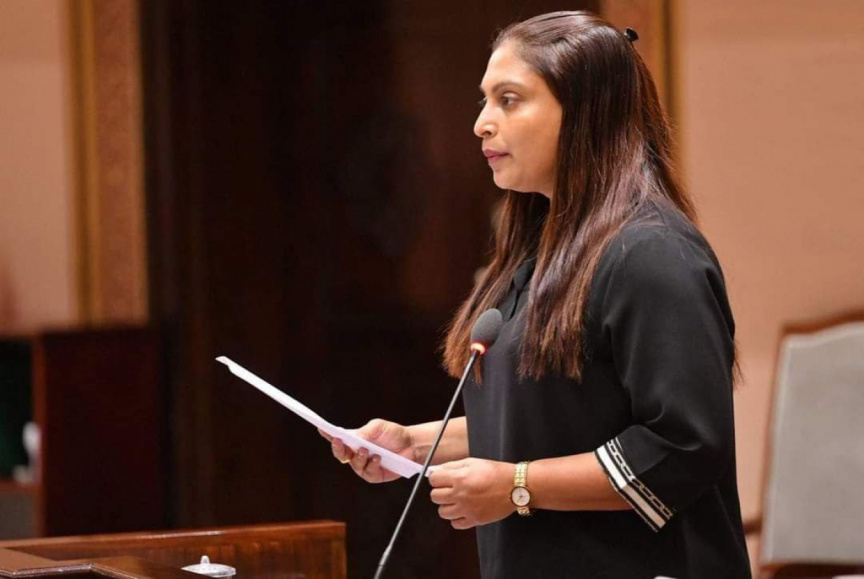 Education Minister Dr. Aishath Ali told the Parliament Monday that security measures had been tightened in schools after a man armed with a knife barged into Jamaluddin School and threatened the school’s staff last May.

Aishath was summoned to the Parliament on Monday morning to answer questions from parliamentarians.

Maduvvari MP Adam Shareef Umar questioned her why security measures were recently tightened in schools, and whether it had been in response to a threat from religious extremists, anti-religious elements, or due to a terror threat.

Aishath said that security at schools had always been treated seriously.

“Security at schools is something we have always managed efficiently and strongly. We already have a lot of measures in place,” she said.

Aishath said that new measures are also put in place in response to incidents.

“School gates must be closed when students are in class. We issued a circular to schools after a person barged into Jamaluddin School, in order to further enhance and ascertain security measures,” she said.

Education Ministry had issued a circular on Sunday, instructing all public schools to keep gates closed during teaching hours.

Via the circular, Education Ministry instructed schools to keep gates locked during teaching hours, and to keep a security guard at the gates as required under current policy.

Schools were also instructed to have a mechanism in place to provide school staff and students with access in and out of the schools during school hours, and to ensure all parents have the parent card issued by the school.

The instructions had come after a man barged into Jamaluddin School armed with a knife and threated the school’s staff on May 24. The suspect, identified by police as a 37-year-old Maldivian, was arrested the same day.