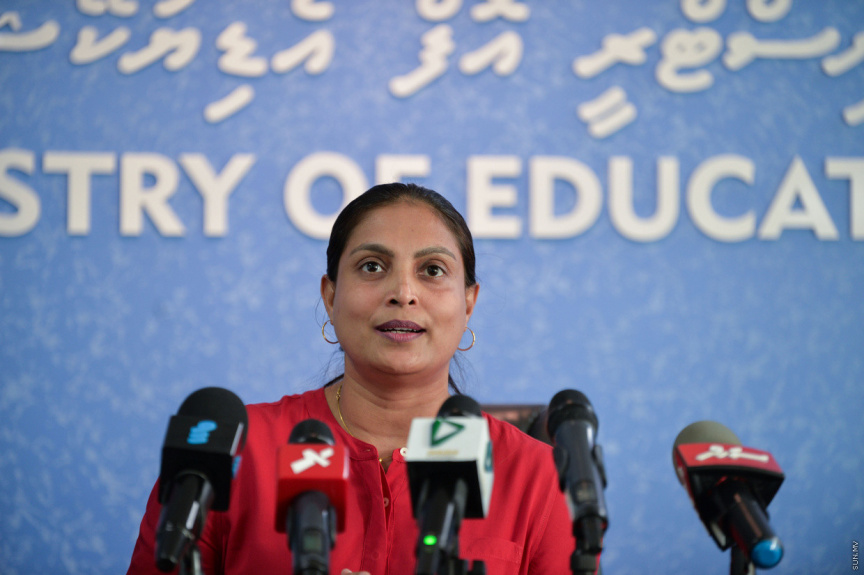 Minister of Education Dr Aishath Ali revealed that the funding needed for the new Arabiyyaa School building was included in the state budget for 2023 and that the project was going according to plan.

Parliamentarian for Mahibadhoo constituency MP Ahmed Thoriq on Tuesday tweeted claiming that the new building of Arabiyyaa School was not included in next year’s budget.

Addressing the claims, the education minister said that the tweet by MP Thoriq was not the facts.

She said that the project was signed with Amin Construction and that the work was progressing as per the contract.

According to the information shared by the minister with Sun, MVR 99.5 million has been budgeted for the building work of the school. Moreover, MVR 15.5 million was included for the finishing and furnishing of the school.

The budget presented by the Ministry of Finance to the Parliament has MVR 34.7 million dedicated to Al Madhrasathul Arabiyyathul Islamiyya. However, there is no mention of the building.

On Thursday, 29th September, Amin Construction Private Limited was contracted to design and construct the new building for Arabiyya School an annex to the current Jamaluddin School building.