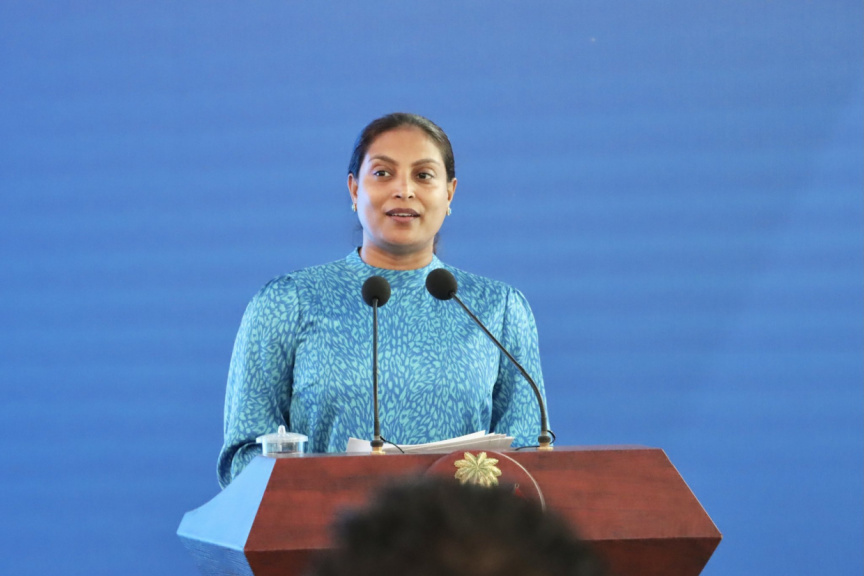 Minister of Education Dr Aishath Ali on Sunday revealed that two new schools will be opened in Hulhumale Phase II this year.

The minister made this statement while speaking at a ceremony held at the opening ceremony of the first school developed in Hulhumale’ Phase II, ‘Ahmed Kamil Didi Primary School’.

Stating that the preschool next to Kamil Didi school will be opened this year, she went on to say that teaching in Salahuddin School will commence for the second term of the academic year.

Moreover, the minister noted that Salahuddin School will teach from LKG to grade 10.

Speaking further, she said that a school opening was a special occasion and that students graduating from there would be among those who sever the country.

“Today is something special and historical. Today we are planting a tree that would provide fruit to people for generations to come.”

In addition to this, she said that the opening of Kamil Didi school in the second phase would provide great ease to those living in the area.

“Those parents hesitating to send children alone from the bus can now watch their child walk into the school from their balcony.”

Minister said that childhood was one of the most significant stages in a child’s life, during which they grow really fast emotionally and physically as well. She added that successful navigation of that stage is linked to success in other phases of life.

“We want to assure parents that we will be there with the students starting the journey here as their second parents. We will fully prepare the students for the secondary stage.”

Addressing the school’s name, the education minister said that special names are given as a lesson to students and teachers. Namesakes and their lives would provide lessons for students.

Teaching at the school commenced with a total of 824 students and was officially inaugurated by Vice President Faisal Naseem.

All grades starting from Lower Kindergarten (LKG) to sixth grade will be taught at Kamil Didi School.

Education Ministry detailed that teaching commenced at the school with 65 employees; 47 teachers and 10 administrative staff. The school comprises 24 classrooms.

‘Viavathi Raajje’ conference to kick off at Gan on Sat.