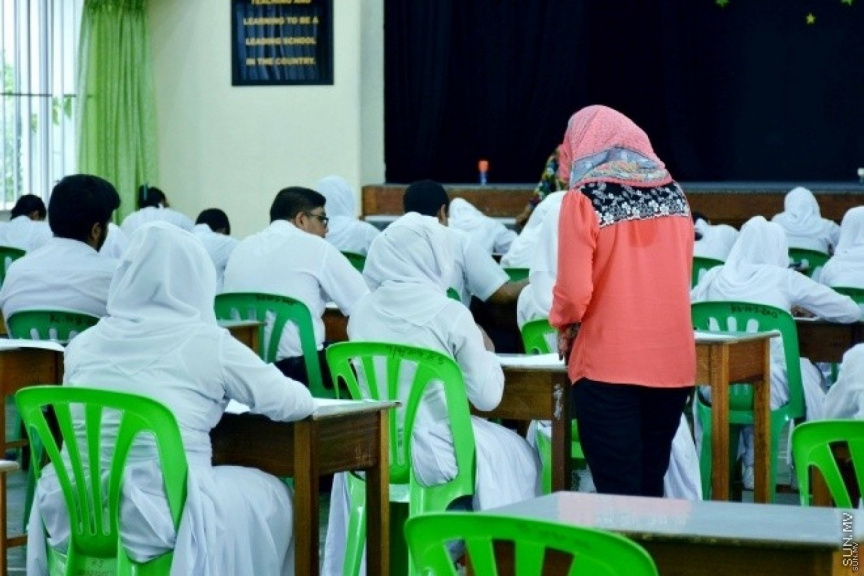 Students sit for an exam in a school in Maldives. (File Photo/Sun)

Education Minister Dr. Aishath Ali told the Parliament on Wednesday that the decision to switch from Edexcel to Cambridge A-levels will make it easier for students.

Aishath, who was summoned to the Parliament to answer questions from parliamentarians on Wednesday morning, was asked by Dhaandhoo MP Yaugoob Abdulla whether the switch to Cambridge A-levels will be beneficial or damaging to students.

Aishath said that the current administration held a curriculum review symposium in February 2019, a few months after coming to office.

She said the symposium was held with all stakeholders to discuss issues with the curriculum and come up with solutions.

“During the symposium, we found sitting for Cambridge O-levels and then Edexcel A-levels to be a difficult transition for students, leading to many students dropping out during A-levels,” she said.

She said the decision to switch to Cambridge A-levels was made following extensive discussions, including with principles and teachers from all A-level schools in Maldives.

Aishath said both Cambridge and Edexcel exams were the same standard.

“If Maldivian students sit for an internationally-focused exam, the questions and things like that will be more contextually relevant for them. So, it will be easier for students,” she said.

Aishath said it was far easier to communicate with Cambridge than Edexcel, as communication with Edexcel needed to go through the board’s office in Sri Lanka, rather than directly.

She said the decision to switch to Cambridge A-levels was made based on all those considerations.

According to the Education Ministry, schools will begin teaching the Cambridge syllabus to 12th graders in the 2024-2025 academic year, and the exams will be held in 2025.