MP Wadde calls for formation of 'army' to battle extremism 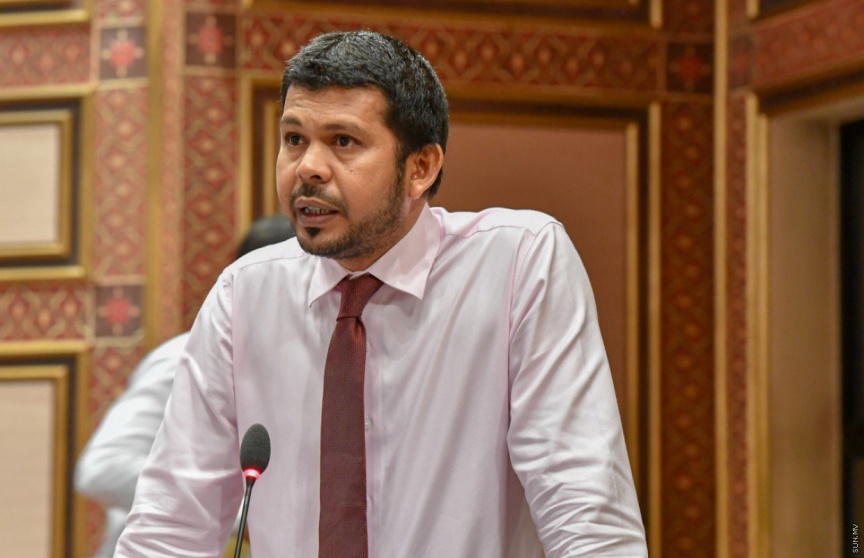 A motion was presented at the Parliament on Wednesday, calling on the government to form a special force, composed of representatives from multiple agencies including the security services, to counter religious extremism and manage mosques and religious education institutes.

The motion was presented by Ungoofaaru MP Mohamed Waheed (Wadde).

Presenting the motion, Wadde referred to earlier statements by Commissioner of Police Mohamed Hameed, that there were 1,400 people extremists in Maldives who would not hesitate to kill. He said such cases included the attack on State Minister for Environment Ali Solih on August 22.

He said that investigations by Disappearances and Deaths Commission (DDCom) had also uncovered evidence many of the people who harbor extremist views are involved in violent crimes, including manufacturing weapons and explosives and attacking people and properties.

Wadde said Maldives was also seeing an increase in people who refuse to accept the state’s legal system, declare the state as kufur, and attack people employed by the state.

He said that a special force needed to be created under a command composed of MNDF, police and other institutions mandated to undertake security and law enforcement.

Wadde said that Maldives needed to work with renewed courage and under new arrangements to remove the threat of violent extremism and protect and safeguard the community.