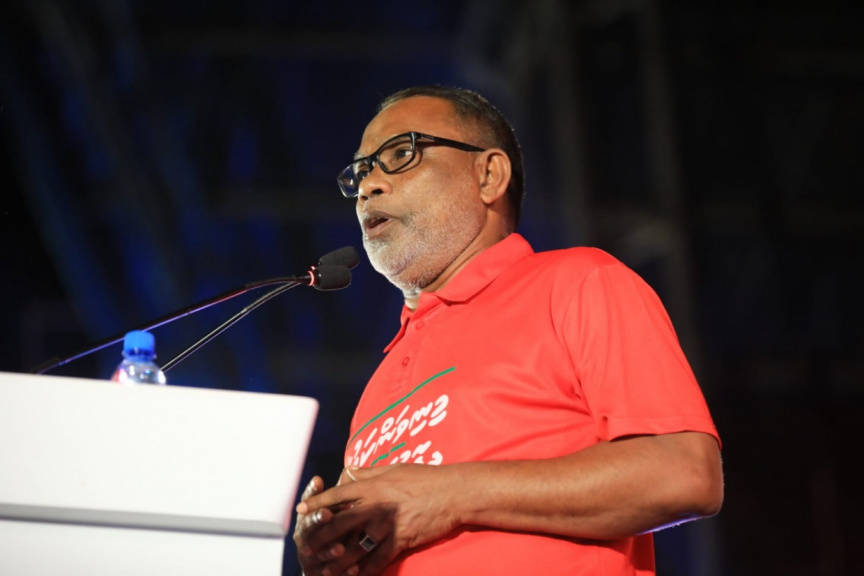 The invitation was extended following a tweet made by Nasheed today, urging members of Progressive Party of Maldives (PPM) to not take part in the ‘India Out’ campaign events.

In his tweet, Nasheed said that there is no support for the ‘India Out’ campaign and urged PPM members to not take part in the opposition coalition’s activities for the sake of the country, citing it to be detrimental for the Maldives.

Responding to Nasheed’s tweet, opposition People’s National Congress’ (PNC) leader Abdul Raheem Abdulla (Adhurey) said that he earnestly requests Nasheed to stand up against the crimes of this government in leading the country to become a slave of India, by losing its independence and sovereignty.

“Very earnestly requesting Nasheed, who has a say in this government, to stand against the crimes of this government in leading the country to become a slave of India, by losing its independence and sovereignty,” Adhurey’s tweet read.

Nasheed is amongst one of the main critiques of the ‘India Out’ campaign carried out by the opposition coalition, under the guidance of their leader, former President Abdulla Yameen Abdul Gayyoom.

In this regard, he submitted the issue negative impacts of the ‘India Out’ campaign and threats it poses to national security to the Parliament’s Committee on National Security (214 Committee) for investigation.

10 arrested in protest advocating for fishermen

STO Supermart to be expanded and reopened for Ramadan