Speaker Nasheed submits ‘India Out’ issue to 214 committee for investigation 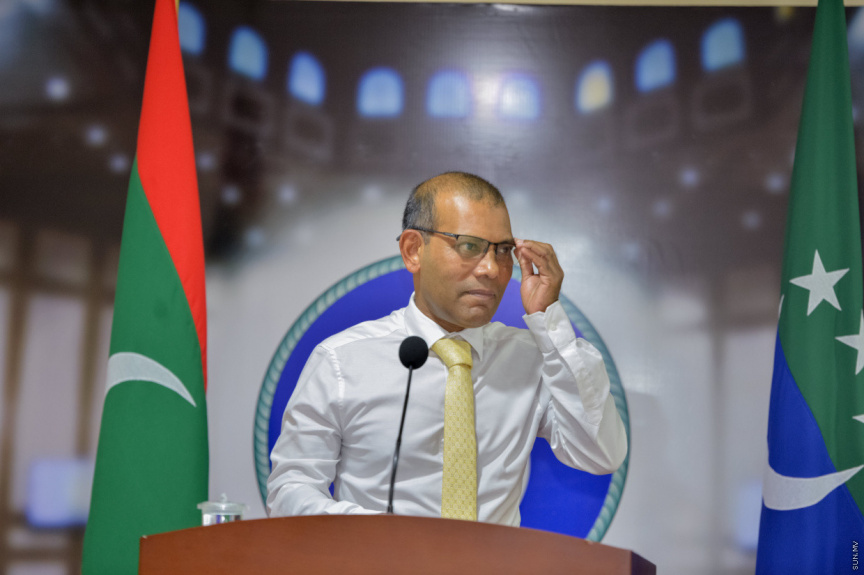 Former President and Current Speaker of the Parliament Mohamed Nasheed submitted the issue of threats posed to national security as well as to Maldivians living in India due to the opposition’s ‘India Out’ campaign to the Parliamentary Committee on National Security (214 Committee) for investigation.

Speaking to ‘Sun' regarding this, the Communication Director of the Parliament Hassan Ziyau said that the issue was submitted by Speaker Nasheed to the committee on January 24.

“Since the campaign poses a national security threat and having received information of many Maldivians’ residing in India feeling threatened by that campaign, the Speaker requested the committee to investigate the matter.”

‘India Out’ campaign which is spearheaded by the opposition leader, former President Abdulla Yameen Abdul Gayyoom has been expanded across the country, with supporters graffitiing walls of their houses with messages pertaining to the campaign. The opposition claims that Indian military personnel being stationed in the Maldives is a threat to the country’s national security. They also claim it to be a concern of many Maldivian citizens.

Meanwhile, the government, Maldivian Democratic Party (MDP) and other political parties which belong to the government coalition strongly condemn the campaign. In this regard, the government, on multiple instances, have stressed that such a campaign would disrupt the close ties maintained with a neighbouring country.

'Passage of Evidence Bill as it is ‘only option''