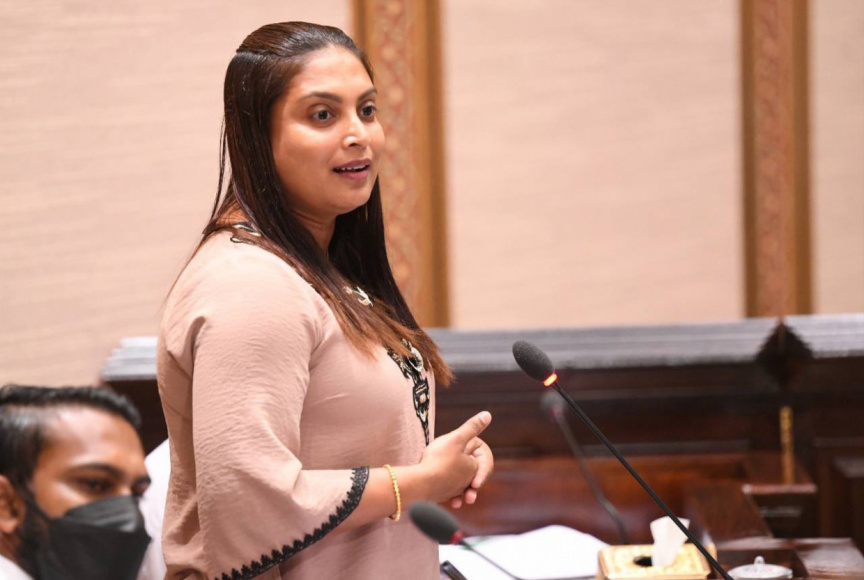 Education Minister Dr. Aishath Ali states that MVR 224 million has been invested so far in the breakfast program for school students, a program she described as one of the most successful programs by the current administration.

Aishath was summoned to the Parliament on Tuesday morning to answer questions by parliamentarians.

In response to a question by Dhiggaru MP Ikram Hassan, an average of 49,000 school students had previously received breakfast under the program on a daily basis.

“The breakfast program is actually one of the most successful programs conducted by our administration. The administration has now spent approximately MVR 224 million on this,” she said.

Aishath said the program has affected positive changes to student’s studies, and that the Education Ministry plans on conducting research on it in the upcoming year.

“That is, the students are very focused on their studies. Cases where students complain of tiredness, stomachache or headache are low compared to before,” she said.

Aishath said that attendance and punctuality has also improved since the program was launched.

“Because having breakfast with their friends is a very happy time for the students. And the students also have the energy to participate in extracurricular activities at the school,” she said.

However, the school breakfast program has been heavily criticized by the opposition.

“This was done in manner which is beneficial to their party people. They could have run this program better if they wanted to improve the health and wellbeing of students. They don’t know how to get things done,” said Shujau, who is deputy leader of opposition PNC.

He made the comment following Education Ministry’s decision in July to suspend the program this year.

"Satellite schools will have better IT facilities"