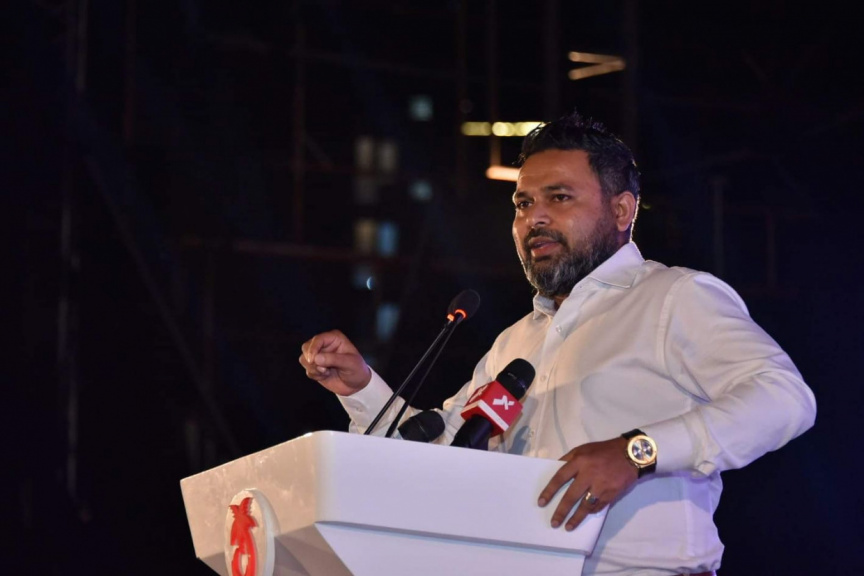 PPM Deputy Leader and Naifaru MP Ahmed Shiyam have said that the government’s “bashing” of China, which has provided a great deal of aid and assistance to the Maldives, would accumulate in bitter results.

Shiyam’s comments came in relation to the ongoing war of words between the Speaker of the Parliament and Chinese officials in the Maldives. Speaker Nasheed has stated that the Maldives will not cooperate with the Free Trade Agreement with China and accused the country of duping the Maldives into a debt trap. Nasheed also called on China to restructure the loans it has provided.

Shiyam responded to these statements at a rally last night and warned that it would be detrimental to the Maldives if this rhetoric by leaders of the nation was continued.

Shiyam also stated that Chinese tourists were the biggest contributors to the local economy.

Speaker Nasheed's comments made during an interview with Indian media were also responded to by the Chinese Ambassador to the Maldives H.E Zhang Lizhong who stated that that the ideas of a debt trap were fiction and that China acted as a contributor and not a trap maker for countries.

“We hope (that) Maldivian politicians have an objective and responsible attitude on bilateral ties, cherish what we have achieved to keep this important relationship on a healthy and correct track.” read a tweet by the Ambassador after responding to the allegations by Speaker Nasheed.