Opposition Coalition: Do not believe JSC’s statement, they are all lies 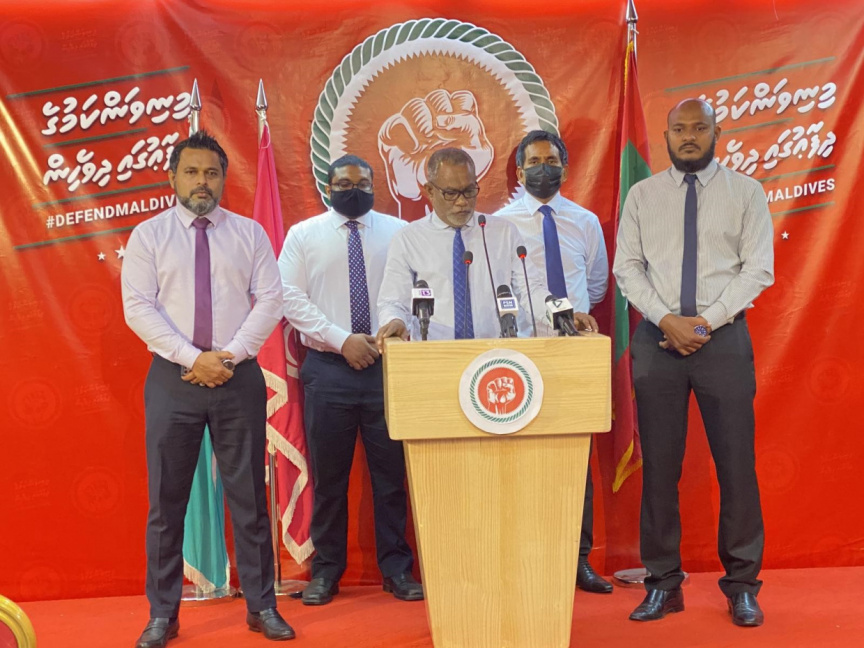 Opposition Coalition has stated that they do not believe that statement released the Judicial Service Commission (JSC) regarding the leaked audio clips in which judges involved in former President Abdulla Yameen Abdul Gayoom’s 2019 money laundering trial which appear to suggest the conviction had been influenced.

The statement released by JSC last night read that the forensic analysis of the audios found that only Judge Hussain Faiz Rashad’s voice came back a match.

Meanwhile, they said that the analysis confirmed that the voices on the audios do not match with the voices of Jude Ali Adam – who still serves at Criminal Court – and Judge Mohamed Sameer – who now serves at the Drug Court. The commission said that it has therefore found the allegations against the two judges to be false, and has cleared them of wrongdoing.

Noting that the opposition coalition has been informed by the police that officers were going abroad with the audios for further investigation – Adhurey said that the issuance of the statement last night by JSC after confirming the validity of the audio clips is concerning.

“We received information that officers were going abroad with the audios. Whereas this may be – how can a statement be released last night after confirming the validity of the audios. Where is the result of the work which had been done by a foreign party? We need to know this,” he had said.

Adhurey said that the results of the analysis which was done abroad should be made known to the public. He also stressed that the ongoing appeal case of the money laundering conviction of Yameen at Supreme Court is now at a point to deliver the judgment – whilst remarks made in the audio are serious allegations that could void the initial conviction.

Speaking further – Adhurey said that the opposition coalition has full confidence that the Supreme Court will be just when deciding on Yameen’s appeal case.

He added if Yameen’s case is decided justly – there is no doubt that he will become a free man.