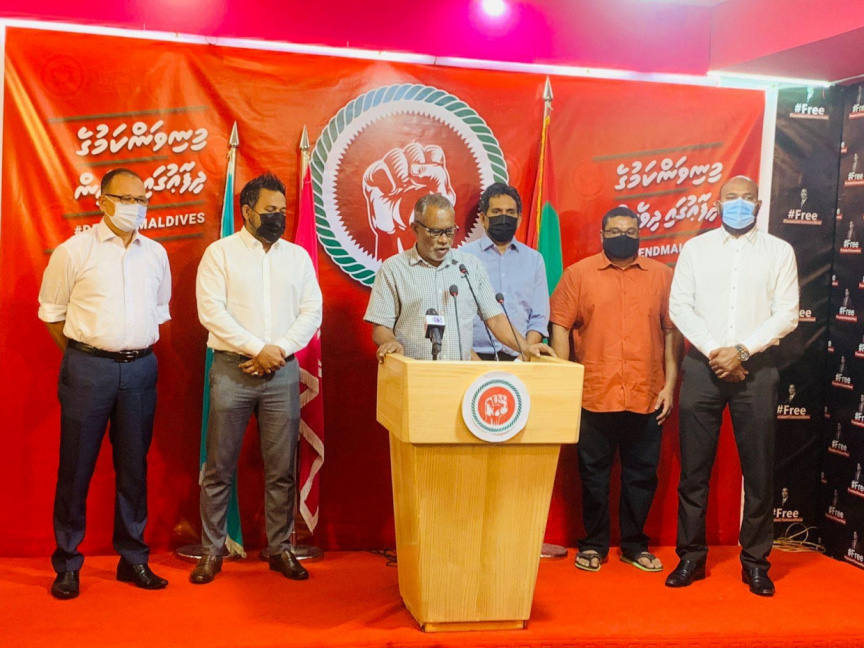 Opposition coalition has raised concerns over the delay of the analysis of the viral audio clips in which judges involved in former President Abdulla Yameen Abdul Gayoom’s 2019 money laundering trial which appear to suggest the conviction had been influenced.

On this note, Adhurey said that on the day the coalition met with Prosecutor General Hussain Shameem – he had informed them that he was monitoring the case closely and also promised that they would be briefed on the progress of the investigation of the audios after discussing with the police team investigating the case.

However, Adhurey said that two months have passed since then; and they have not heard back from PG Shameem – subsequent to which they have requested another meeting.

“It has been over fifteen days since we have requested a meeting with the PG. We have yet to receive an appointment,” he added.

Additionally, Adhurey said that the leadership of the opposition coalition had also met with senior officers of Maldives Police Service a month ago. He noted that they were told in this meeting that the audios were being analyzed by a third party under police supervision and that they needed five additional days for this work.

“That five days have also passed. We did request that the forensic analysis be done by an expert foreign party. CP said that they would commence efforts for that starting that day,” he detailed.

Adhurey said that they met with senior police officers for a second time after this – as days had passed without any new information regarding the matter. He added that on that day DCP Mannaan had told them that 10 additional days were needed due to technical error. But – he noted that this ten-day period had also passed now.

Speaking further, Adhurey said that if the ongoing appeal case of the money laundering conviction of Yameen at Supreme Court is decided against him – this is additional harm that Yameen is subjected to.

“If the validity of the audios of the three judges is confirmed after this – it will be a great injustice to Yameen. It will double the harm that he is already being subject to. This is a very important right that he losing,” he had said.

Adhurey also added that such circumstances were not only experienced by Yameen – describing it as a flaw of the Maldivian justice system that is extremely concerning.