Education Ministry: Probe launched to find those responsible for mistakes in school textbooks 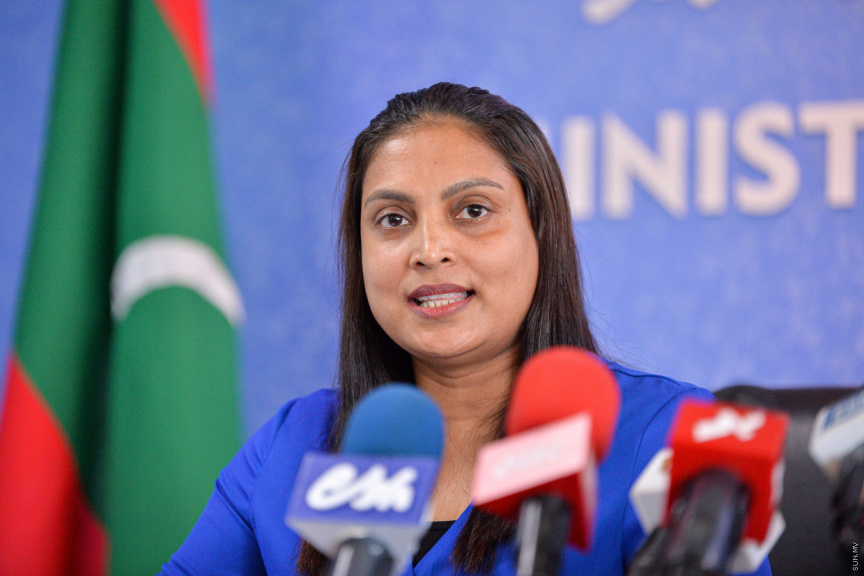 Education Minister Dr. Aishath Ali has stated that the Ministry is probing into finding those responsible for negligence in connection to the mistakes found in the Islam and Quran textbooks of some grades.

The mistakes found in this regard – were in the Quran verses written in the Islam and Quran textbooks.

During a press conference held by the Education Ministry this morning, Minister Aishath Ali stated that in light of the mistakes taken note of – the Ministry is working to find out how this had happened. She also noted that should mistakes be noticed in the textbooks of any other subjects – this will also be looked into.

“We have formulated a small committee now – to investigate. To find out why this happened. Who had been negligent and what caused the mistakes. The committee commenced its work yesterday,” she had said.

Speaking further, Minister Aishath Ali also stated that in addition to the mistakes found in the new Grade 1 textbook publicized this year – mistakes have also been found in the 2015 and the 2018 textbooks as well.

She also added that the Grade 1 Quran textbook had been reviewed and approved by both the National Institute of Education (NIE) and the Islamic Ministry.

Additionally, she also noted that the mistakes found in the 2015 Grade 2 Islam textbook have not been amended even up until today – as it was never brought to the attention of the Ministry. However, upon talking to teachers who had taught students from the said book – they informed the Ministry that the mistakes were noted and corrected during their lessons.

'MOST MISTAKES FOUND ON TEXTBOOKS APPROVED BY THE PREVIOUS ADMINISTRATION'

She also refuted the opposition coalitions’ allegations that the mistakes were made deliberately – stating that the remark was made in order to politicize the matter. Minister Aishath Ali also gave full assurance that the current administration would never deliberately alter verses of the Quran or write them wrongly.

The opposition coalition held a press conference yesterday to express their concerns over the mistakes in Quran verses written in Islam and Quran school textbooks – where they had alleged that the mistakes were made deliberately by the current administration.

Speaking at the press conference PNC’s Vice President, Maduvvari MP Adam Shareef Umar stated that a large number of mistakes being found across multiple textbooks is a notion that the education system had failed.

In the same press conference, Former Islamic Minister, religious scholar Dr. Mohamed Shaheem Ali alleged that textbooks were being revised because they encouraged religious extremism and hate crimes but stressed that the books do not encourage such things at all.

State Minister at the Education Ministry, Dr. Abdulla Rasheed, also spoke at the Ministry’s press conference held this morning – where he also backed Minister Aishath Ali’s argument that most of the books which contain mistakes were publicized during the previous administration.

Accordingly, State Minister Abdulla Rasheed points that mistakes were found in the 2015 Grade 2 Islam textbook and the 2018 Islam textbooks of Grade 10 and Grade 12.

He added that the Islam textbooks publicized back then had been reviewed and approved by the Islamic Ministry when Shaheem was the Minister in the previous administration - whereas MP Shareef was in charge of overseeing the operations of NIE.