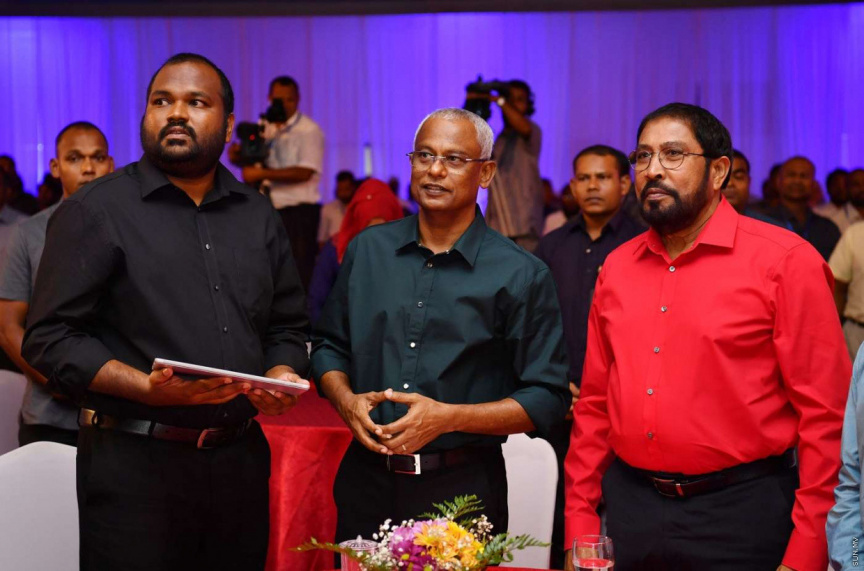 President Ibrahim Mohamed Solih said on Wednesday that he believes his decision to dismiss Ali Waheed as Tourism Minister following allegations of sexual harassment to be the right decision.

In an interview to RaajjeTV, President Solih said the decision to dismiss Ali Waheed had been necessary, and that he made the decision after consulting with Qasim Ibrahim, the leader of Jumhoory Party (JP) – the government coalition partner Ali Waheed was a member of.

He said that failure to make immediate action would have caused further issues in the future.

President Solih said that he dismissed Ali Waheed because it was necessary, but that he wished him well.

“I wish good things for Ali Waheed, always. Ali Waheed is a remarkable politician with a political future. Providing Ali Waheed with the opportunity to shape his future as he wishes is something we will all do,” he said.

Ali Waheed was dismissed as Tourism Minister on July 9, after allegations that he sexually assaulted and harassed multiple female employees at the Tourism Ministry was brought to the attention of the President. He was initially asked to voluntarily resign, but was dismissed after he refused.

Ali Waheed has had a travel ban against him in connection to the case since July 12. The police searched his residence, and brought in him for questioning on July 19.

The police concluded their investigation into the case submitted it to the Prosecutor General's Office for charges on October 7.