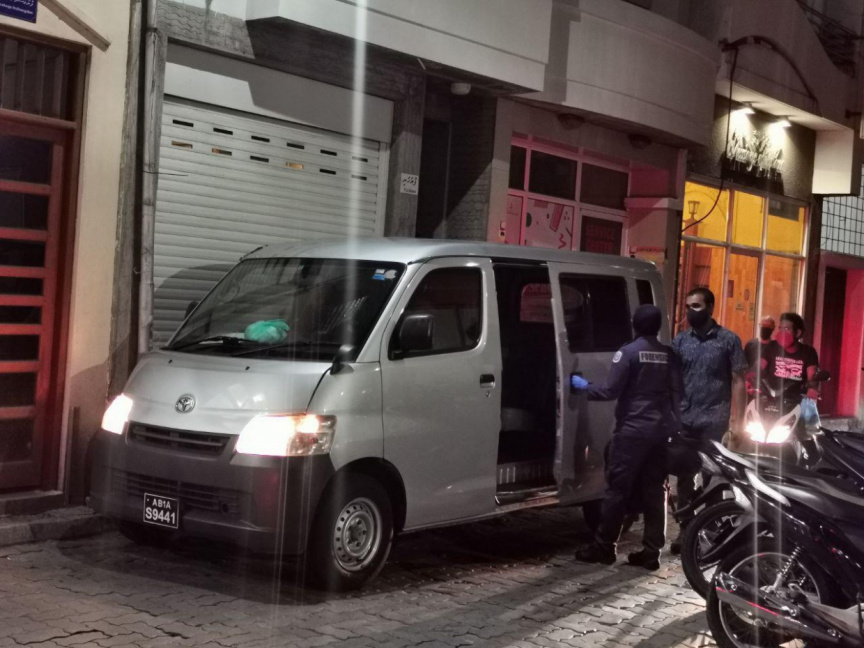 A police spokesperson said the property is being searched under court order in connection to “an ongoing sexual assault investigation”.

While the spokesperson did not specify the address of the residence, Sun’s reporters saw police officers operating at M. Furahani, where Ali Waheed is believed to be residing in.

A team of police officers in plainclothes and an officer wearing the uniform of the forensics department was seen exiting the residence a one-hour search at approximately 09:00 pm, carrying a bag of evidence.

Ali Waheed was dismissed from his position as Tourism Minister on Thursday, after Tourism Ministry employees raised complaints of sexual harassment and assault against him with President Ibrahim Mohamed Solih and the Gender Ministry on Wednesday.

The President, following his meeting with the Tourism Ministry employees, had demanded Ali Waheed’s immediate resignation, and dismissed him on Thursday morning, after he failed to voluntarily tender his resignation.

President’s spokesperson Ibrahim Hood has not commented on details of the allegations against Ali Waheed, stating that that President Solih demanded Ali Waheed’s resignation following complaints of “multiple incidents of misconduct at the workplace”.

However, sources from within Tourism Ministry confirm the allegation involve sexual harassment and sexual assault of female employees at the ministry.

According to the source, Ali Waheed has repeatedly harassed employees during official trips.

“He attempted to sexually assault a female staff member during a recent trip. She jumped off a water villa at the resort to escape,” said the source, who added that the employee in question didn’t even know how to swim, but had been in such a state of panic that she had jumped into the water anyway.

Shortly after the allegations came to light, the police issued a statement announcing they have opened a criminal investigation into “a case involving sexual assault of female employees at Tourism Ministry”.

He has not responded to repeated calls and texts asking for a comment regarding the allegations against him, but wrote a tweet shortly after the President’s decision to order his resignation was announced, stating that he was “proud to have served the people and the nation with honesty and energy”.