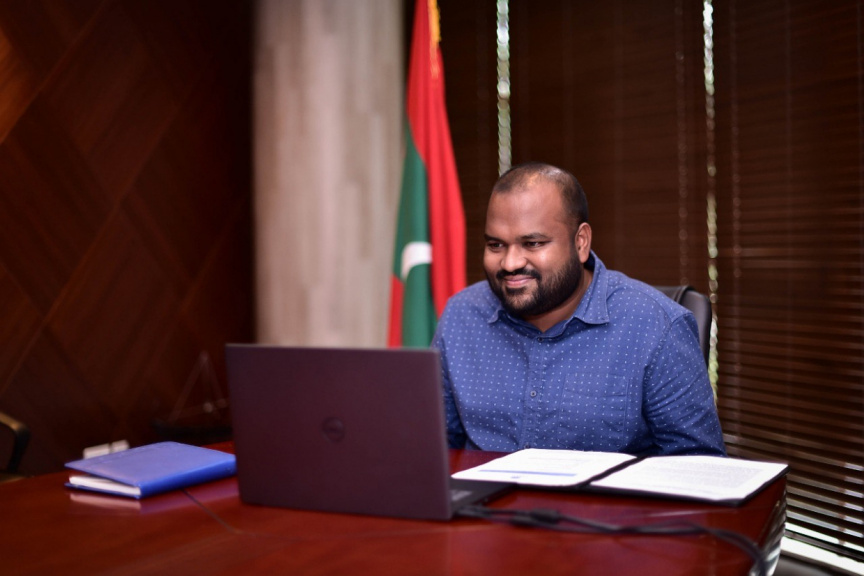 Former Tourism Minister Ali Waheed has been summoned for questioning by the police for the investigation into allegations of sexual harassment and assault of multiple female employees at Tourism Ministry.

He was brought in for questioning at approximately 08:30 pm on Sunday.

The police launched an investigation into the case on July 8; the same day Tourism Ministry employees raised complaints of sexual harassment and assault against Ali Waheed with President Ibrahim Mohamed Solih and the Gender Ministry.

The President, following his meeting with the Tourism Ministry employees, had demanded Ali Waheed’s immediate resignation, and dismissed him the next day, after he failed to voluntarily tender his resignation.

The police searched Ali Waheed’s residence on July 11, during which they seize his phone and laptop, and took out a travel ban order against him to prevent him from leaving the country the next day.

In a press conference last week, the police said they have taken statements from 15 people in connection to the case, but did not specify whether the 15 people in question were victims.

Ali Waheed’s dismissal had marked the first time for a Cabinet minister to be dismissed in response to sexual harassment allegations in Maldivian history.

However, the President’s Office did not specify the reason for the dismissal, stating that it involved allegations of “multiple incidents of misconduct at the workplace”.

Ali Waheed wrote a tweet shortly after the President’s decision to order his resignation was announced, stating that he was “proud to have served the people and the nation with honesty and energy”.

His responsibilities as Tourism Minister have been taken over by Economic Development Minister Fayyaz Ismail.