Opposition: International community is monitoring the case of Pres. Yameen 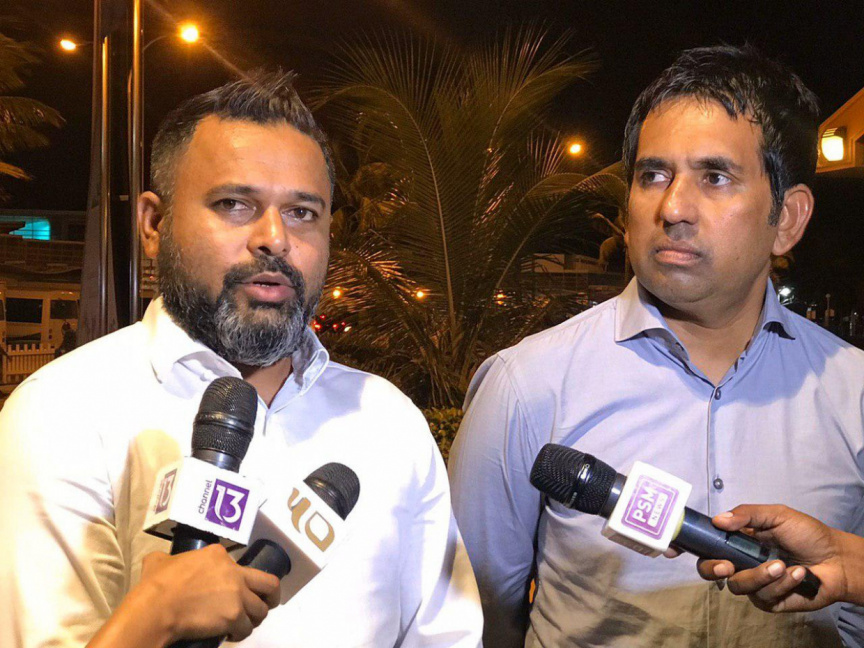 Opposition Coalition members have said that the international community is closely monitoring the case of President Yameen and his treatment.

They have branded the verdict of the five-year sentence handed down by the Criminal Court to the former President as a sham and an unconstitutional verdict. The trial was labeled as politically motivated by the Opposition. Former President Yameen was found guilty of money laundering and sentenced to five years in prison with a fine of USD five million.

PPM deputy leader and Naifaru MP Ahmed Shiyam and PNC deputy president and Maavashu MP Mohamed Saeed returned from their trip to Colombo, Sri Lanka last night. The trip was made to informed members of the international community of the case of former President Yameen.

MP Saeedh spoke about the trip with journalists and once again labeled the trial as politically motivated, before stating the purpose of the trip. Saeed said that they visited several foreign missions located in Colombo, Sri Lanka.

Naifaru MP Shiyam once again labeled the verdict as a political one and announced that members of the international community agreed with him when he said that the trial of the former President Yameen was conducted wrongly.

“The government came with the promise of establishing justice and righting the wrongs of previous administrations. But we are seeing an administration that violates (carries out violations) on a historical level. The administration of President Ibrahim Mohamed Solih being run as the cruelest administration. An administration where the three powers are mixed and combined the most.” said MP Shiyam.

President Yameen’s trial is currently on appeal at the High Court of Maldives.