Education Minister: Prayer rooms being built based on space availability at schools 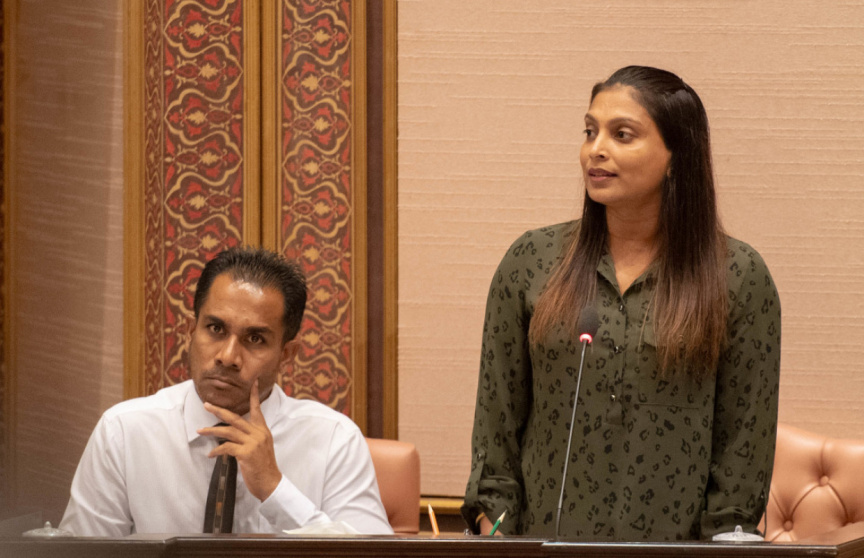 Education Minister Dr. Aishath Ali answering the questions of MPs in the Parliament on November 6, 2019. (Photo/Parliament)

Education Minister Dr. Aishath Ali has stated that she does not believe that there needs to be a specific room or location for prayers in schools, but that prayer rooms were being built based on space available on school premises.

The Minister was responding to a question by Kudahuvadhoo MP Ahmed Amir who asked why a designated prayer room was not built in schools. The Minister responded that she does not believe a designated room needs to be made in every school and that students and teachers can pray anywhere inside a school.

“I truly don’t believe a designated prayer needs to be built in every school. School halls, compounds, and classrooms can also be used as prayers.” said the Minister who also stated that this was how things are done currently.

The Minister also noted that prayer rooms were being built in some schools according to the budget and some councils and private individuals have also built prayer rooms in schools. The Speaker of the Parliament also joined in on the conversation and commented that the usual practice was to attend the mosque for prayers during his school years.

Minister then answered a question by Dhaandhoo MP and stated that the government wanted every student that graduated from a school was adherent to the principles of Islam and a capable, skilled student with the knowledge needed for the 21st century.

“We give a lot of importance on religious teachings and good demeanors for this.” said the Minister.