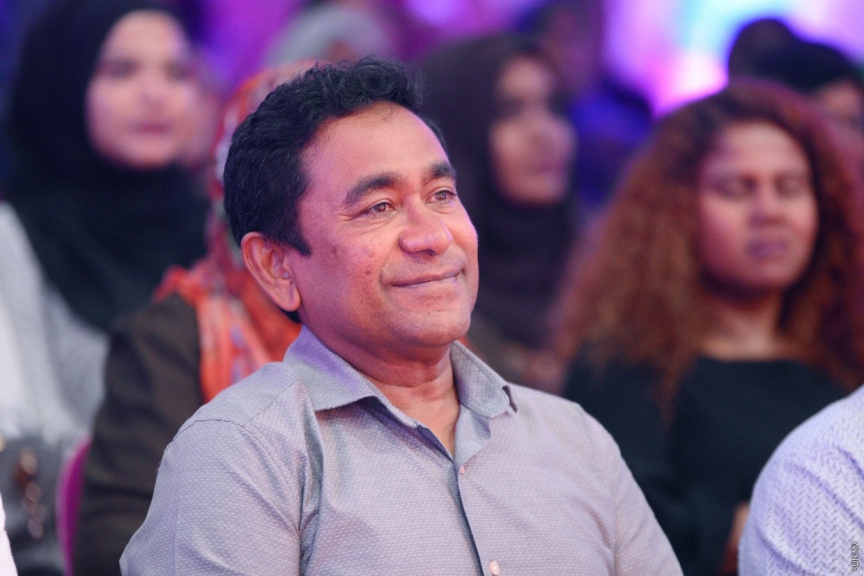 Opposition coalition has announced their decision to file a motion at the Parliament alleging government’s influence on former President Abdulla Yameen Abdul Gayyoom’s money laundering trial in connection to the sale of V. Aarah for resort development.

PPM’s Vice President, Naifaru MP Ahmed Shiyam told Sun tonight that senior officials from some government companies have been issuing threats stating that Yameen will be jailed before next Ramadan.

He further alleged that Criminal Court is trying to fast-track the hearings in the case while such threats have been issued. Additionally, he said that Yameen’s trial proceeding despite Youth Minister Mahloof’s trial being postponed until the COVID-19 situation improves is evidence of the government influencing the judiciary.

“It can’t be seen as just, when two cases in the same stage at the Criminal Court have been acted on very differently. As I believe, the COVID-19 situation will not apply to just certain cases. This alone shows why the judiciary needs to be reformed,” he had said.

Commenting on the decision to postpone Mahloof’s trial until COVID-19 situation improves, Criminal Court’s Media Officer Ahmed Aman Mohamed Najeeb said that the decision in Mahloof’s case was not made by the Court’s Council of Judges.

He further detailed that once a judge is assigned to a case filed at the court, how hearings on the case is scheduled will be up to the judge of the assigned section.

In critique of it this, MP Shiyam said that Criminal Court’s decision does not make any sense.

“I am talking about a court. A court is bigger than a judge. The institution is bigger. So, it does not have to a judge there or an administrative person there. Criminal Court is an institute. When an institution makes a decision based on a situation, an individual person there cannot speak then,” he had said.

MP Shiyam also alleged that Mahloof’s trial has been delayed at the government does not want it to take place before the Komandoo parliamentary seat by-election. He reasoned this stating that Mahloof is a one of the individuals heading the campaign – thus should his trial be held these days, it could negatively impact MDP’s campaign.