Education Minister: Satellite schools will have better IT facilities 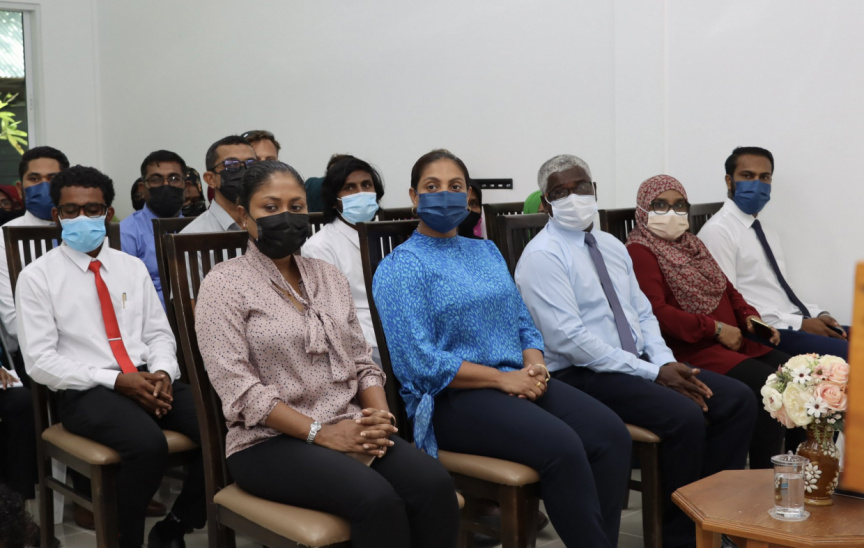 From the ceremony held to inaugurate satellite schools in the Maldives.

Minister of Education Dr Aishath Ali stated that satellite schools will have better IT facilities and will be provided with faster internet speed compared to regular schools.

The Minister made this statement during the ceremony held to officially inaugurate satellite schools in Maldives.

She noted that in islands with smaller populations, people often migrate to bigger islands with more facilities, and this, in turn, further diminishes the facilities available from those areas.

Speaking in this regard, Minister said that satellite schools have achieved positive outcomes internationally, and said that the three such schools established in Maldives will prove to be advantageous.

Unde the newly integrated programme, school in B.Fenehendhoo, V.Thinadhoo and V.Rakeedhoo will be connected to Huravee School situated at Hulhumale’.

The Education Minister expressed hope that with this programme, students in smaller islands will bring forth students that can compete at the same level as those from any other school.

"With this project, I hope to see these students succeed and those families that migrated and as well as other families returning with their children. I hope to see the population grow and bring in more facilities to the island."

Additionally, she stated that she hopes to see bigger schools build on these islands and have teachers and students studying in the same room.

500-people capacity mosque to be built in Nilandhoo