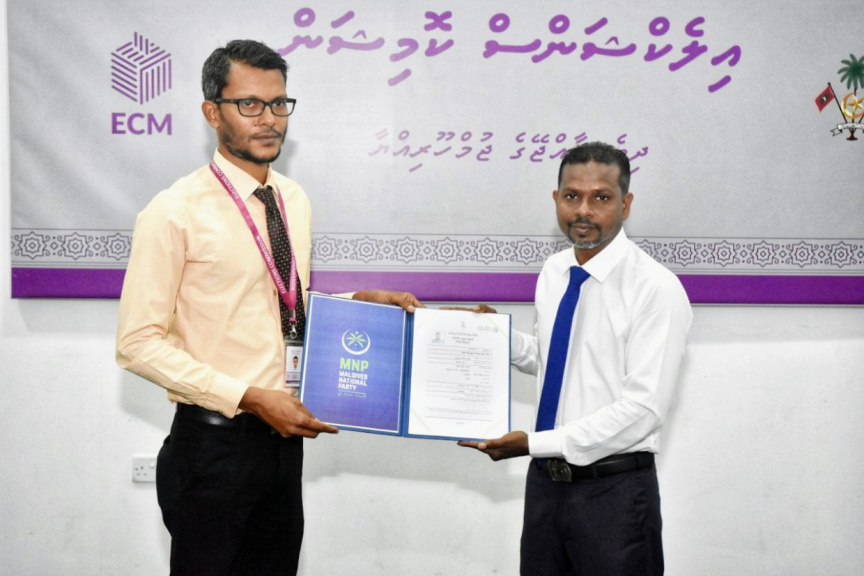 EC concluded that Hannan met all the requirements necessary to contest in the Komandoo by-election and accepted his candidacy today.

Hannan is the first candidate to officially submit the candidacy form. He submitted the form sometime yesterday.

Hannan, a native of Komandoo, had contested unopposed for the MNP ticket.

He has an extensive background in education. He served as a principal at five schools, and as manager of Villa College’s Faculty of Sharia and Law.

He is currently involved in running his own business.

The by-election is scheduled to be held on February 5.