Komandoo by-election to be held in February 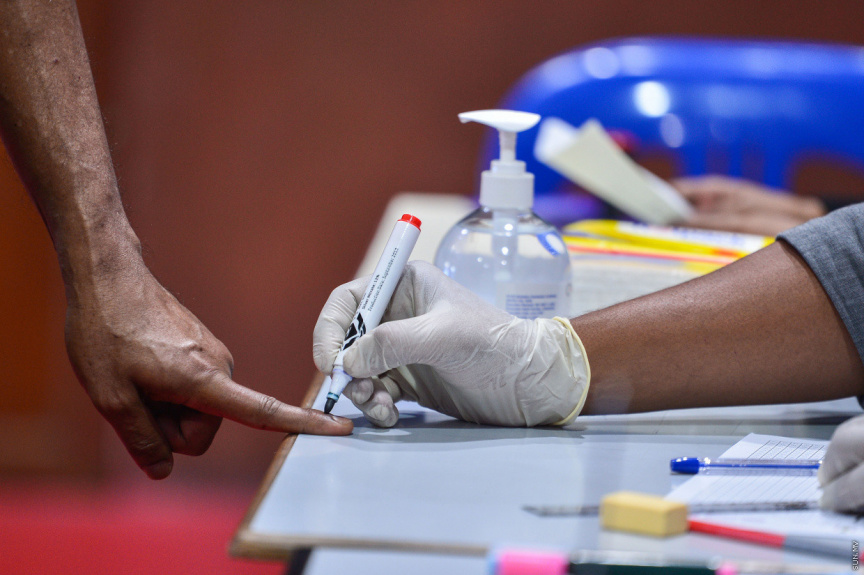 Voting underway in a polling station in Male' City in the Local Council Elections 2020 on April 10, 2021. (Sun Photo/Fayaz Moosa)

Elections Commission has decided to hold the by-elections for the Komandoo parliamentary seat on February 5.

The Komandoo seat was left vacant following the death of MP Hussain Waheed on Tuesday. He died at the age of 53 years in a hospital in Male’ City after a year-long battle with cancer.

Elections Commission’s deputy chairman Ismail Habeeb tweeted on Thursday afternoon that the Parliament had officially informed the commission that the Komandoo seat had fallen vacant, and had therefore decided to hold the by-elections on February 5.

He is survived by his wife and three children; a son and two daughters.

EC publicizes names of those registering with parties