Man who threatened to bomb Indian embassy remanded for 7 days 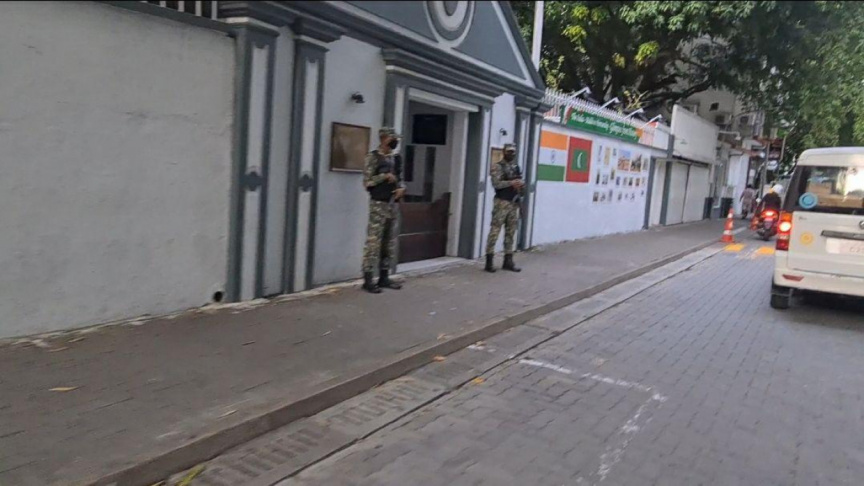 Mohamed Inaad, who was arrested for threatening to bomb the High Commission of India in the Maldives, has been remanded for seven days by the court.

Inaad, 42, was arrested under a court order on July 3, for threatening to bomb the Indian High Commission.

Maldives Police Service confirmed that when presented before the court for his remand hearing today, Inaadh was remanded in jail for seven days.

This case is being investigated further by the Serious and Organized Crime Department of Maldives Police Service.

The Disciplinary Committee of Maldivian Democratic Party (MDP) announced last night that Inaad would be removed from his position as a member of the party due to the ongoing case against him.