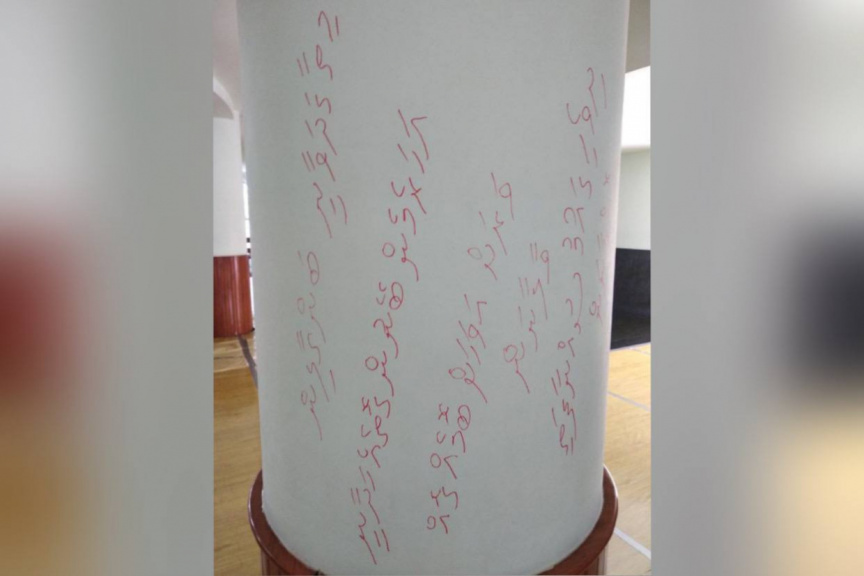 Police have launched an investigation into a threat to bomb a mosque in Male’ City.

The threat, was written in Dhivehi language on the pillar of Masjid Al-Noor, located in Henveiru district of Male’ City.

The message reads that “bangaalhees” - a deregotary term used to refer to Bangladeshi workers – are far more powerful in Maldives.

“We will do what we want. We will detonate a bomb soon. We will destroy Maldives,” reads the message.

Police confirmed they have received reports of the threat, and said they are conducting necessary inquiries.