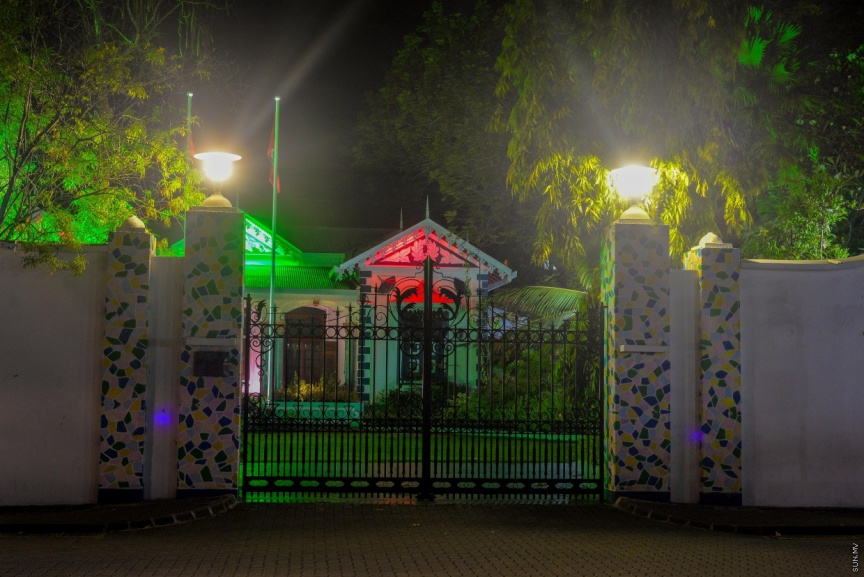 The man arrested for threatening to bomb Mulee’aage, the official residence of the Maldivian president, has been released from police custody.

The man was released from custody after Prosecutor General’s Office decided against pursuing criminal charges in the case.

The man was investigated by police for threatening to carry out an act of terrorism, intimidation, and spreading misinformation.

The incident in question took place on the morning of July 9. Two men were walking past Mulee’aage, when one of the men suddenly shouted out that there was a bomb inside the cardboard box they were carrying.

The incident had come barely a month after an IED was detonated outside the residence of Parliament Speaker, former President Mohamed Nasheed, leaving him critically injured.

Police initially arrested both men involved in the July 9 incident, but later released one of them – citing that it had only been one of them who made the threat.

The men had been carrying a piece of luggage, a cardboard box, and a red plastic bag when they walked past Mulee’aage.

Man who claimed was carrying bomb remanded for 7 days