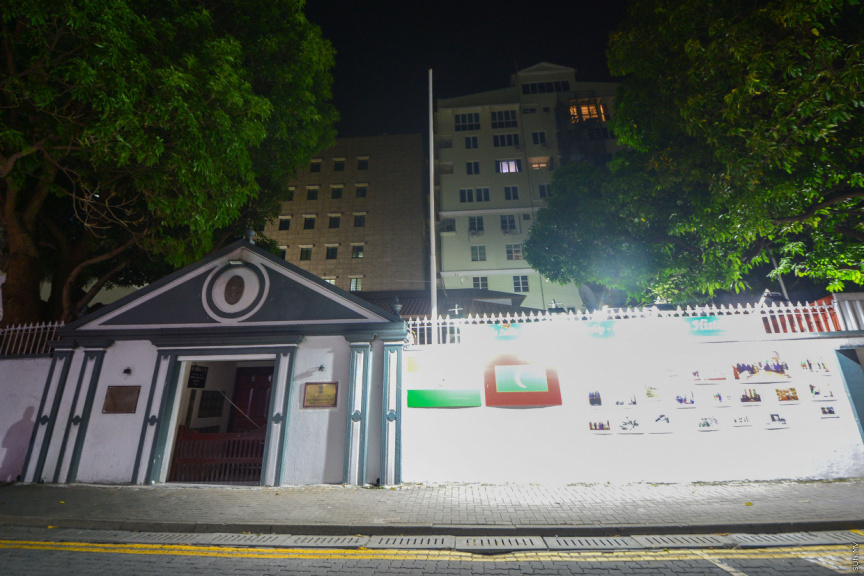 Police have arrested a man for threatening to bomb the Indian High Commission in Male’.

The suspect, identified as a 42-year-old Maldivian male, was arrested under court order on Saturday night.

The threat to bomb the Indian High Commission is under investigation by the Serious and Organized Crime Department.

In a statement announcing the arrest, police warned that incitement to violence and destruction of property are criminal offenses, and will be investigated and taken action against.

Police also expressed concern some online media outlets were disseminating information in a manner that defends and encourages threats to security of foreign diplomatic missions and disrupts diplomatic relations.

“Given that this is a sensitive issue that puts foreign ambassadors and employees of foreign missions in Maldives at risk, and has the potential to disrupt diplomatic relations, we urge all parties to be more responsible in disseminating information. Furthermore, Maldives Police Service instructs all parties not to engage in any act which may compromise the safety and security of diplomatic missions of foreign countries stationed in Maldives,” said the police.