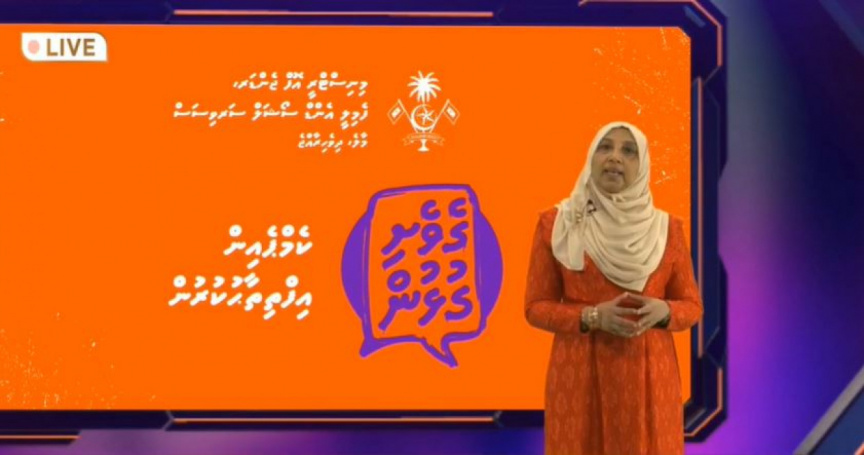 Ministry of Gender, Family and Social Services, on Wednesday, launched Geveshi Gulhun, a nationwide awareness campaign on domestic violence prevention, which will continue for three months.

The campaign was launched in a virtual ceremony by the Gender Minister Aishath Mohamed Didi on Wednesday afternoon.

Speaking at the launch event, Aishath said that the campaign is a large platform where local councils, women’s development committees and other stakeholders can collaborate with the Gender Ministry to combat domestic violence.

“The biggest purpose of the campaign launched today is to create a platform where people discuss domestic violence,” she said.

Aishath said that men can play a key role in reducing and preventing cases of domestic violence, and encouraged both men and women to join in the campaign.

She said that combatting cases of violence cannot be accomplished by government institutions alone, but requires multi-stakeholder engagement.

Aishath said the purpose of the campaign isn’t just to encourage more people to report cases of domestic violence, but to improve family relationships.

The event also saw the release of a song which will be used in the campaign, performed by vocalists Shalabee Ibrahim and Mohamed Abdul Ghani (Theyrava).

'Hope is to shape a state that supports victims'