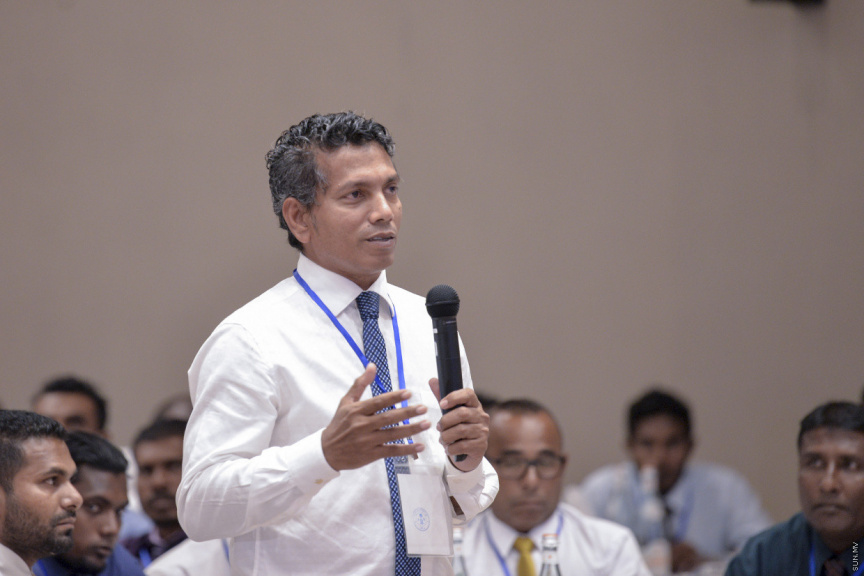 Addu City Mayor Abdulla Sodhiq has made critical remarks of the police during a time when the debate is high over a police reform bill in the parliament.

Mayor Sodhiq said that the regulations of the council of Addu still needed to be approved by police commanders in Male’ City before they can be fully implemented by Addu City police.

The parliamentary Committee on National Security Services met with the mayors of Male’ City, Addu City, and Fuvahmulah City to hold discussions regarding the reform bill.

Mayor Sodhiq said that complaints over illegal sand mining in Addu City needed the approval of commanders in Male’ City before the police in Addu City could act on it.

He said that it was necessary that police were empowered from the bill due to such reasons.

A guideline or regulation of collaborative work between the Council and police were also very much needed, according to the Mayor of the southern city.

He said that it was not necessary for the neighborhood police to be formed of police officers but could consist of neighborhood residents as well as officers.

One of the purposes of the police reform bill is to decentralize the police force. They include distributing seven different sectors rankings of the police. They are Division, City police, Atoll police, police station, police post, police desk and neighborhood police.