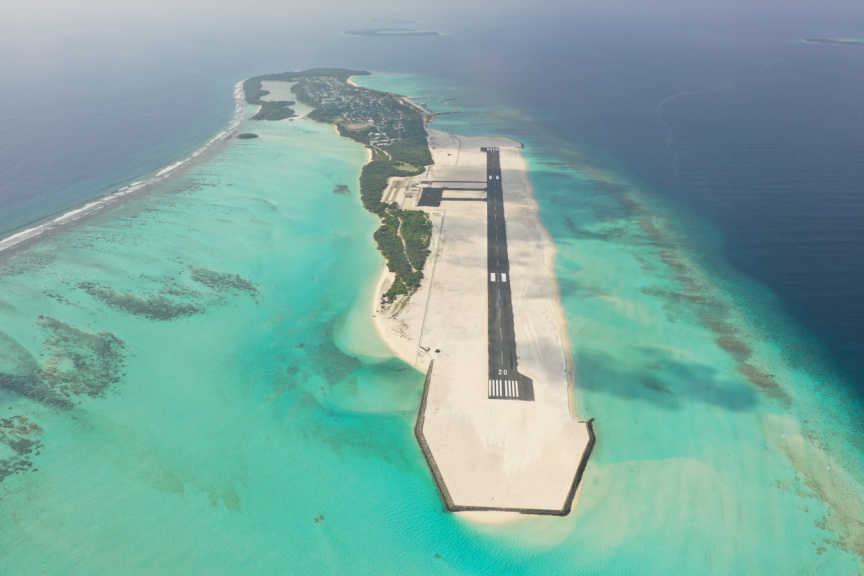 Transport Ministry says it is working on opening the domestic airport under development in Sh. Funadhoo in February.

The Funadhoo Airport was previously scheduled to open in January 15, but was delayed due to ongoing work.

Minister of State for Transport, Ahmed Zuhair told Sun this Thursday that a definitive opening date would be announced on Sunday, but that target was to open it on February 1.

Construction is complete on the airport terminal building, but remains ongoing on the fire building and fire pond.

Meanwhile, the Regional Airports has posted job vacancies to hire the manpower needed for operations of the new airport.

The land reclamation ahead of airport construction, as well as the airport’s runway, had been contracted to Maldives Transport and Contracting Company (MTCC).

While Funadhoo Airport is braced to open in less than a month, the N. Maafaru International Airport had opened on December 1.