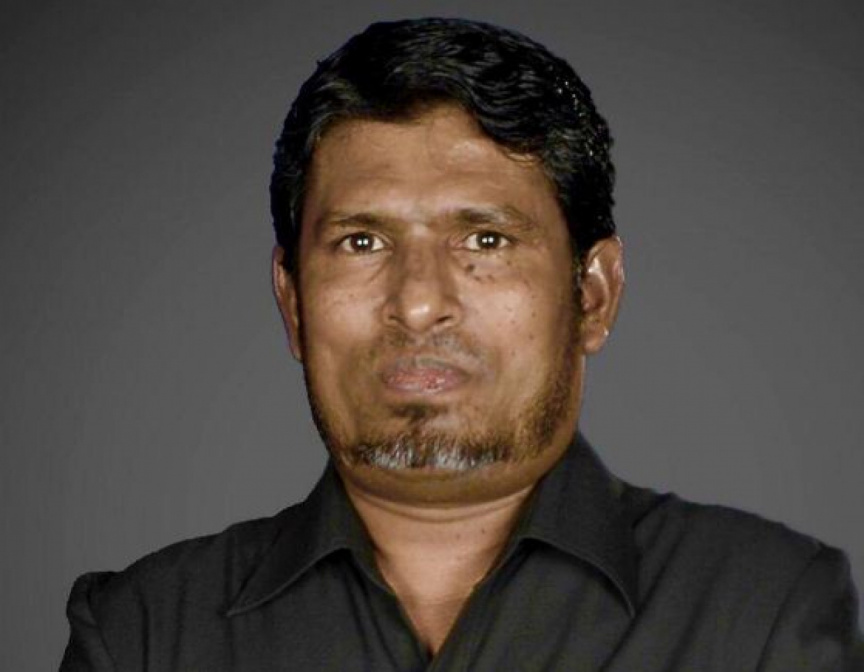 Dr. Afraasheem Ali, who was found murdered cruelly in his home on October 2, 2012.

The family of murdered religious scholar Dr. Afraasheem has said that they do not accept the findings of the investigative report by the Commission on Deaths and Disappearances (DDCOM) regarding the murder.

Dr. Afraasheem was murdered on October 2, 2012, near the stairwell of his home in H. Funviluge. The religious scholar and former MP had arrived late after finishing the shooting of a religious program on TVM.

The report by the DDCOM on the cruel murder revealed that it was a difference of religious ideologies between Dr. Afraasheem and some others that led to his murder.

What does the family say?

Speaking about the report, Dr. Afraasheem’s brother, Abdul Nasir Ali said to “Sun” that the family still believed that the murder was motivated politically and that he had no hope that the people behind the murder would be found due to this reason.

Abdul Nasir also stated that his hopelessness was rooted in the fact that it was questionable whether any institution in the country had any integrity left in them and would actually work for justice.

This included the DDCOM, which is investigating the murder and Abdul Nasir did not hold back in stating that he had no faith in the DDCOM. The work that the DDCOM was carrying out was described as needless by Abdul Nasir who stated that he and the family of Dr. Afraasheem did not wish anyone to be subjected to unjust suffering because of the work of DDCOM.

"Cannot think of a reason why Humaam would do it"

Hussain Humaam from H. Lobby was charged in the murder, found guilty and sentenced to death. The conviction and sentence against Humaam were upheld on all appeals. However, Ali Shaan (Sato) from H. Hicoast who was also charged with Humaam in the case was found not guilty of the murder.

The DDCOM’s report on the murder, however, showed a different picture. The report stated that Shaan had actively taken part in the murder with Humaam and was also accompanied by a minor during the attack. Abdul Nasir was also skeptical to these findings.

“I can’t think of a reason why Humaam would carry out such an attack. He spoke to me previously and told me that he did it (the murder) for MVR four million. That shows that he didn’t do it for a personal gain.” said Abdul Nasir.

Friday prayer sermons call to avoid games such as PUBG