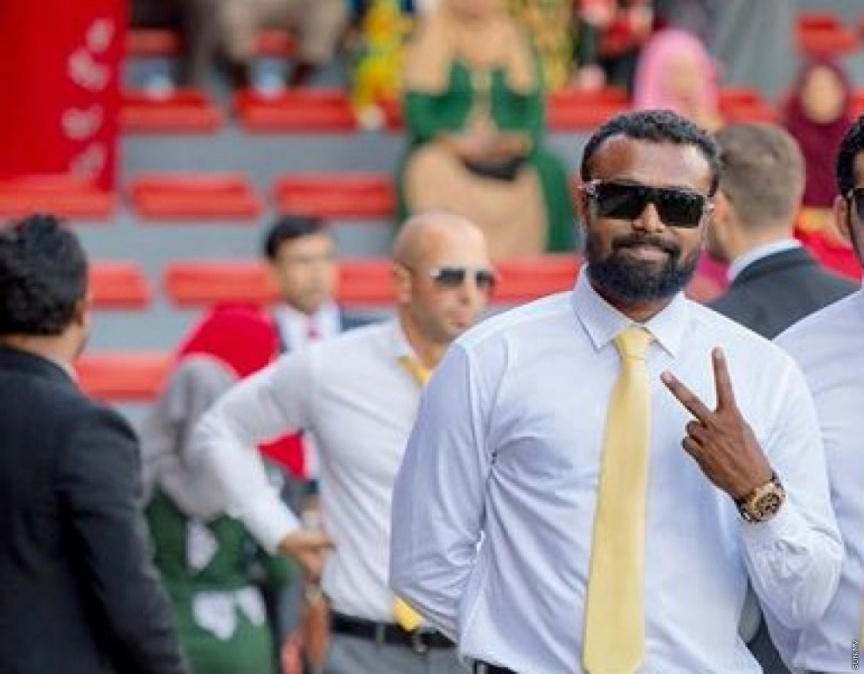 Ali Shan (Satto): He was named in the Presidential Commission on Deaths and Disappearances report as one of the three people that actively took part in the murder of Dr. Afrasheem in 2012. Shan, who is a leading activist of MDP was dismissed from his post at GMIZ soon after the report was published.

Ali Shan (Satto) from H. Hicoast has been dismissed from his post as a supervisor at the Greater Male' Industrial Zone Limited (GMIZ).

Satto came under fire when he was named in the Presidential Commission for Deaths and Disappearances for being one of the three people that actively took part in the murder of prominent Islamic scholar and politician Dr. Afrasheem Ali. He was suspended on the very day that the report was issued.

GMIZ managing director Ibrahim Rasheed (Ibu) confirmed to “Sun” today, that Satto was dismissed from his post on the following day. Satto who was a leading activist of the governing MDP was working at the Thilafushi site of GMIZ as a jetty supervisor.

Dr. Afrasheem was found cruelly murdered on October 2, 2012, in his residence in H. Funviluge. Hussain Humaam Ahamed was convicted for the murder and sentenced to death. Satto was also charged with Humaam in the murder but was acquitted the court found insufficient evidence to convict him. The state did not appeal in the case. A minor was also alleged to have taken part in the murder, but was not charged by the state.

Satto was tagged on suspicion of being a dangerous gang member in the previous administration of President Yameen.

The report by the Presidential Commission concluded that the murder was carried out and funded by extremist factions operating in the country. The murder was planned and masterminded by Azlif Rauf from H. Hilton. The report is currently under analysis in the Parliament Committee on National Security Services.