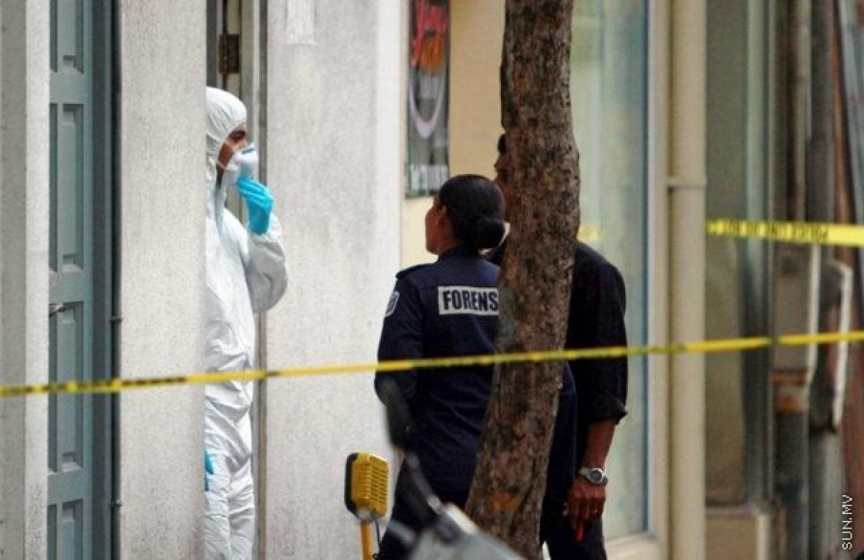 The report by the Presidential Commission on Deaths and Disappearances (DDCOM) on Dr. Afrasheem’s murder has made a stunning revelation that some important pieces of evidence collected by Police back then were now either unavailable or missing.

DDCOM stated that it faced a lot of challenges during the investigation into the murder. The fact that the murder took place years ago made it difficult for the DDCOM to collect any new evidence on the matter. Some of the evidence collected by Police back then, such as CCTV footage, intelligence report, call data were also not made available to the DDCOM.

Dr. Afrasheem, a notable religious scholar was found dead on October 2, 2012 inside his residence in H. Funviluge. Dr. Afrasheem who was also an MP had faced a lot of criticism for his views on some religious matters and attempts to attack him had been made in the past.

The footage from the investigation was, however, no longer available for the DDCOM to view. The DDCOM did nevertheless find a receipt from the Jalapeno restaurant dated from the night of the murder from Dr. Afrasheem’s car. This confirmed that Dr. Arasheem did indeed visit the restaurant on the night of his murder. according to the report.

The DDCOM report also showed that an important call recording for the case was missing.

The-then Police Commissioner Abdulla Riyaz had stated that the murder was carried out for political reasons for MVR four million. The main suspect charged in the case Hussain Humaam had stated during the investigation that he was promised MVR 1 million from the total MVR 4 million set for the task by Abdulla Jaawidh (Jaa), who is an MDP activist.

“You know how this is planned. You did get the news from Azlif Raoof and others didn’t you? How this is going to go, how much you will get. I swear that you will get MVR 4 million if you do this.” Humaam informed the investigation that this was what Jaawidh said to him regarding the murder.

Humaam also informed the investigation that Jaawidh had told him that this was all planned by former MP and politician Reeko Moosa Manik and that the money also originated from Reeko Moosa. Jaawidh is the son in law of the former MP.

Police arrested Jaawidh in connection with the case and later presented him to the Criminal Court more than once to extend his detention. The Criminal Court was asked to extend the detention period of Jaawidh on the basis of the “statements and phone call communications obtained against him”. This evidence, however, was never presented to the court by the Police even after being repeatedly prompted to do so by the presiding the Judge in the case and Jaawidh, was eventually released from custody.

The DDCOM received the statement by Humaam against Jaawidh from the Police when requested for the investigation. The call log and text messages exchanged between the pair were also handed over to the DDCOM by the Police.

This evidence showed that two of the three calls made by Humaam to Jaawidh on the day of the murder were missed calls. This was also presented in the Criminal Court by Police as phone call communications between the pair. The DDCOM then tried to clarify the matter by summoning Ismail Shameem Adam who was the head of the Intelligence Department of Police back then for questioning.

The audio indicated that MVR 3 or 4 million was allocated for the “job” by the businessman and that work was to commence. Shameem stated that the clip was handed over to the investigative team on the case, but could not remember who exactly it was.

DDCOM's report then stated that it had not received a reply from Police when contacted to clarify the matter on October 20. However, the fact that the audio recording was not available did not give power to the theory that Dr. Afrasheem’s murder was carried out for political purposes, stated the DDCOM in its report.

Challenges were also posed by the fact that a lot of the suspects in the murder had left the country for war. There were also witnesses who refused to testify due to the dangers and threats posed to their lives, stated the report.

'How Parliament decides on CJ will serve as a model'