Nasheed: How Parliament decides on the Chief Justice will serve as a model 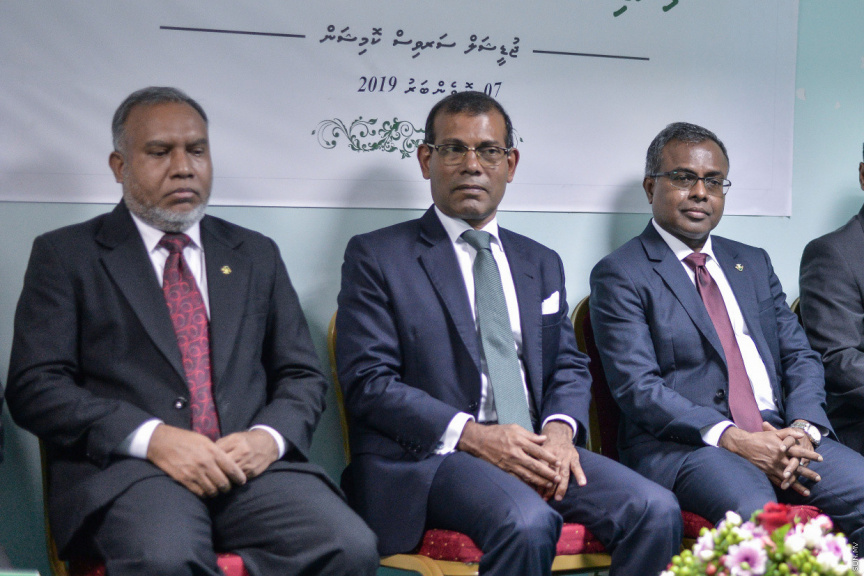 Speaker of Parliament, President Mohamed Nasheed says the decision the Parliament makes regarding the impeachment of Chief Justice Dr. Ahmed Abdulla Didi will be both mature and serve as an example of modern-time decision making.

Speaking regarding the upcoming vote, Nasheed said that the Maldivian history was marred with wrongful approaches towards dismissal of sitting judges.

He said that the list of judges who served at local courts was longer than the number of sultans who reigned over Maldives, and that many of the judges had been foreigners.

“Some of these judges have been dismissed under royal ships, others were tied up and burnt,” said Nasheed.

He said the tales of the transgressions against Judge Sirajuddin included an account of the number times he was hit, and the number of scars on his body.

He said the last judge appointed by a sultan to be dismissed was Mohamed Jameel Didi of Dharavandhoo, after which the powers of the judges were restricted considerably.

Powers hadn’t been restored to local judges until the new Constitution in 2018 which established judges as powerful and autonomous officials, he said.

“A Chief Justice was thereafter dismissed either by default through a legal amendment or after arresting him by pulling off the roof of a courthouse,” said Nasheed.

He said that the current parliamentary assembly would never treat a judge so harshly, and that the Maldivian people would witness its Parliament making a modern-time decision regarding the motion against the Chief Justice this Monday.

“We are working today to take action against the Chief Justice within the procedures set forth by the Constitution, and in line with the great principles of Islam and democracy,” said Nasheed.

The Parliament is currently engaged in debate over the Judiciary Committee’s report which backs the Judicial Service Commission (JSC)’ recommendation for the impeachment of Chief Justice Dr. Ahmed Abdulla Didi and Justice Adam Mohamed Abdulla.

The Parliament is scheduled to take no-confidence votes at 1:30 pm.

JSC found that both Chief Justice Dr. Ahmed Abdulla Didi and Justice Adam Mohamed Abdulla showed disregard for ethical conduct expected of judges during its inquiry into multiple allegations of ethical misconduct by the two justices.

Both had refused to cooperate with JSC’s inquiries into the allegations against them and have accused JSC of judicial overreach.