DDCOM concludes that CP Riyaz's statements were made without evidence 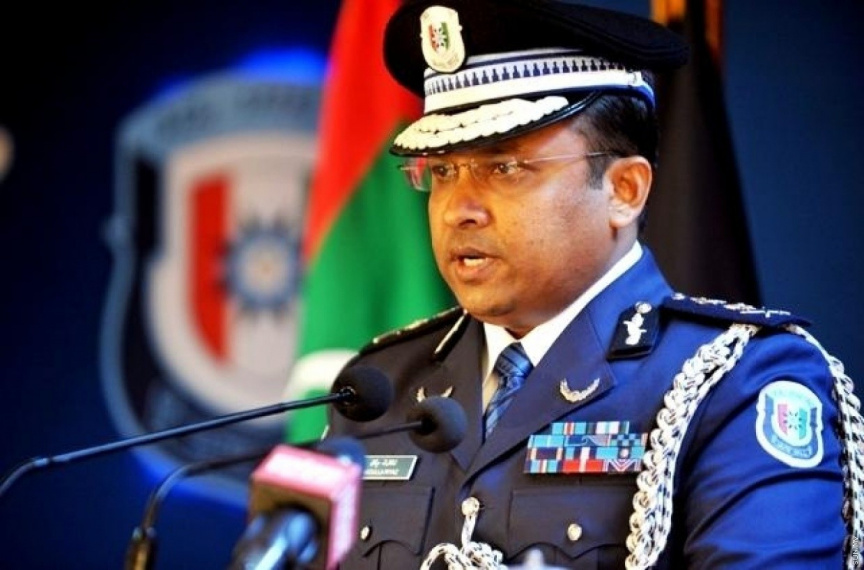 Ex Commissioner of Police Abdulla Riyaz: The Commission on Deaths and Disappearances concluded that the ex CP and now MP for Thimarafushi made the statements in Afrasheem's case without evidence on November 18, 2019. (Sun File Photo)

The Presidential Commission on Deaths Disappearances report has stated that the former Commissioner of Police Abdulla Riyaz's claims in Dr. Afrasheem's case were made without any evidence.

Dr. Afrasheem, a religious scholar and former MP was murdered seven years ago on October 2, 2012. CP Riyaz had stated in a news conference to reveal the findings of the investigation regarding the murder on December 4, that the murder was planned and funded by political figures and was not motivated by religion. CP Riyaz was referring to the information obtained for the investigation during the time.

“From the investigation so far, we have reason to believe that this was an act of terror carried out by political figures.” said the Commissioner during the news conference seven years ago.

These statements were, however, contrasted by the DDCOM which stated that the murder was motivated by religion and carried out by an extremist group operating in the Maldives.

Riyaz also confirmed that the murderers had been offered MVR 4 million.

“There is speculation that the murder was carried out by people with differences in religious ideologies with Dr. Afrasheem. But our investigation so far, has not yielded any such information,” said Riyaz at the news conference.

The former CP was summoned and questioned by the DDCOM for its investigation. The DDCOM stated in its report that the CP’s statements were based on the statement made by Humaam, the main suspect in the murder, that implicated former MP and politician Reeko Moosa and son in law Abdulla Jaawidh (Jaa)

Riyaz had informed the DDCOM that Humaam had called Jaawidh three times and texted him once in the afternoon of October 1, 2012. The DDCOM’s report resonated with this as to why CP Riyaz made the statements to the media then.

CP Riyaz: Statements made in light of investigation up until then

Police arrested Jaawidh in connection with the case and later presented him to the Criminal Court more than once to extend his detention back then. The Criminal Court was asked to extend the detention period of Jaawidh on the basis of the “statements and phone call communications obtained against him”.

This evidence, however, was never presented to the court by the Police even after being repeatedly prompted to do so by the presiding the Judge in the case and Jaawidh was eventually released from custody.

Riyaz stated to “Sun” that the statements were made in light of the evidence obtained for the investigation back then.

“The evidence up until then had not indicated any involvement of religious extremists. The investigation showed that it was political figures behind the murder,” said Riyaz who is now the MP for Thimarafushi. When asked if the investigation had developed and resulted in the involvement of a religious group when the CP left the Police force, he stated that he had not shared such information because that was not the case.

“I didn’t share because I didn’t receive any such information. The latest updates were shared by me at the news conference on that day,” said Riyaz.