Afrasheem murder suspect Shan suspended from his post at GMIZ 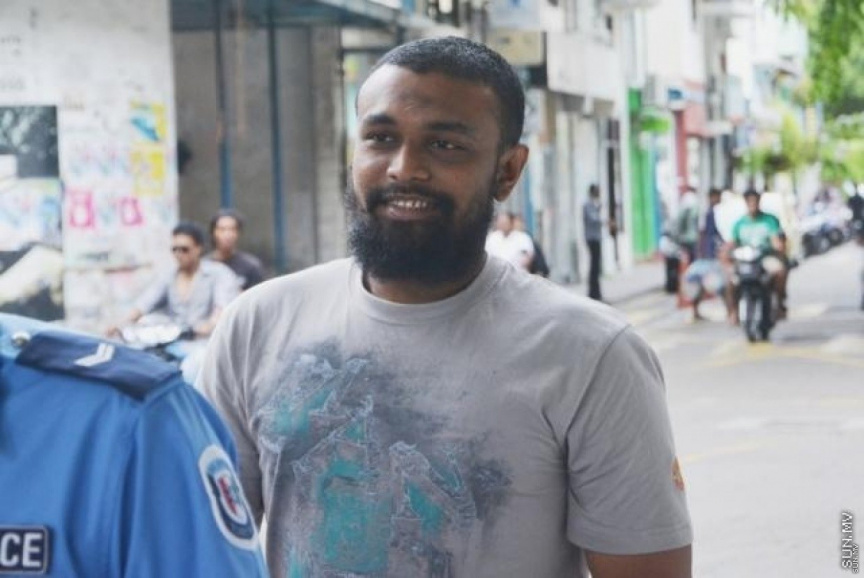 Ali Shan (Satto), one of the suspects in the 2012 murder of prominent politician and Islamic scholar Dr. Afrasheem Ali, has been suspended from his post at Greater Male’ Industrial Zone Limited (GMIZ).

GMIZ’s managing director, Ibrahim Rasheed (Ibu) confirms Shan was placed under suspension at the instructions of the President’s Office this Sunday.

Shan is under suspension pending the outcome of a full investigation into the case.

Dr. Afrasheem was murdered on October 1, 2012 at the stairwell of his residence just as he returned home after appearing on a live TV show.

Disappearances and Deaths Commission (DDCom), which conducted a fresh investigation into the murder, found a jihadist group run by Mohamed Mazeed (Dhafthar 471) and Samith Mohamed (Athireege, Th. Omadhoo) to be responsible for Dr. Afrasheem’s murder.

Shan had originally stood trial for Dr. Afrasheem’s murder along with Humam and an unidentified minor. Shan and the minor were offered acquittals due to lack of evidence, while Human was found guilty and sentenced to death in 2014.

Human lost his last bid to contest the death penalty after the Supreme Court ruled in favor of upholding the penalty in 2016.

Following Shan’s exoneration in 2014, then-Home Minister Umar Naseer went on record saying that the police had enough evidence to prove Shan had participated in the murder, though the evidence had been deemed insufficient to prove his guilt in a court of law.

Shan had been one of the first people to be fitted with an electronic tag and placed under surveillance under the controversial MoniCon (Monitor and Control) order introduced by Umar Naseer in an attempt to control violent crime in Maldives.

Parking sticker issued to over 1,300 vehicles