Parking sticker issued to over 1,300 vehicles 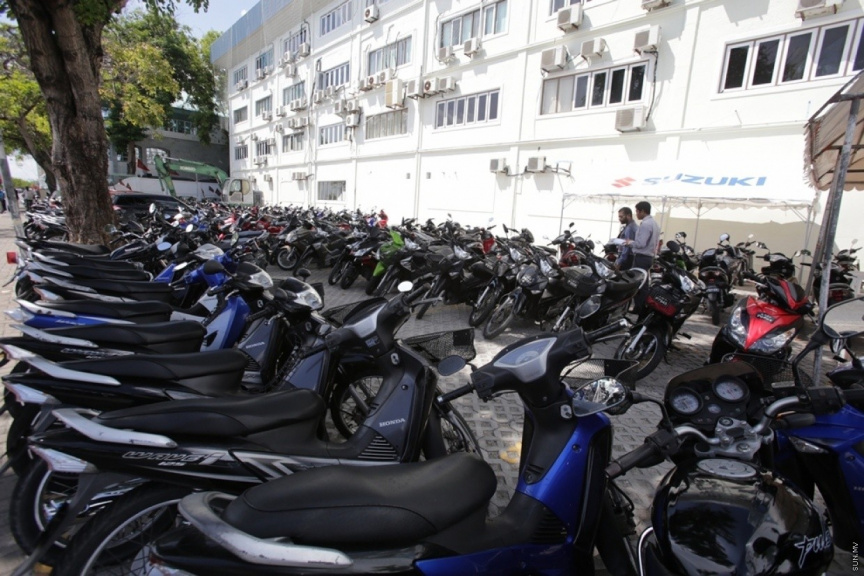 Rows of motorcycles at a parking zone in Male' City. (File Photo/Sun/Fayaz Moosa)

The latest records released by the Police Traffic Management Department show 1,382 vehicles were issued stickers for parking violations in the one-week period from November 9-15.

The figure is nearly double the 753 parking stickers issued the previous week.

The traffic police conducted checks on 655 vehicles and towed 52 vehicles over the past one-week period.

The records further reveal that 12 people sustained injuries in 43 road accidents in Male’ and its suburbs. The authorities seized the license of seven people in response to the accidents.

67 cases of unlicensed driving, and 40 cases of driving without the license in possession was recorded during the period.