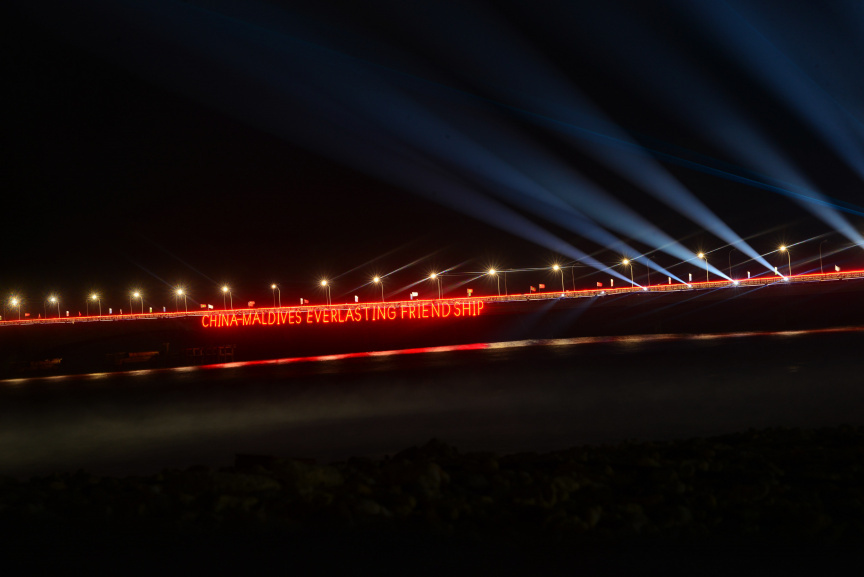 City check-in services will be launched along with the opening of the Sinamale Bridge between Male’ City and Hulhule’, says Minister of Housing and Infrastructure, Dr. Mohamed Muizzu.

Speaking during a press conference last Wednesday to provide the latest updates on the inauguration of the Sinamale’ Bridge, Muizzu said the bus terminal at the bridge will have city check-in facilities.

The Sinamale Bridge is scheduled to be inaugurated this Thursday, and opened to the public on September 7.

City check-in facilities mean passengers will be able to check-in to both domestic and international flights.

“Luggage can be checked in at the bus [terminal] before heading to the airport. And then check-in to the flight and that’s it,” said Muizzu.

Bus services on the Sinamale’ Bridge will be provided by Maldives Ports Limited (MPL).