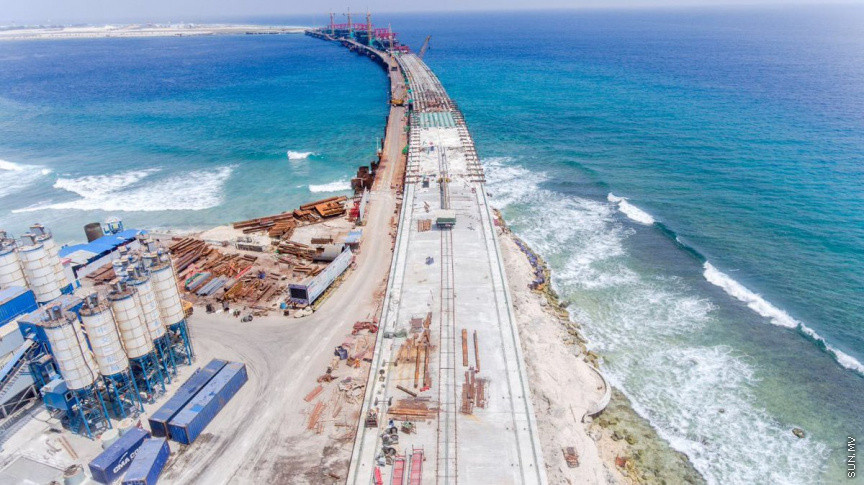 Dhivehi Bahuge Academy opened the opportunity to send in local names for the CMFB in November, 2017, following which many potential names went viral over the social media.

Dhivehi Bahuge Academy at the time also introduced a Dhivehi word for bridge; dhaalan or buriju.

Some local medias reported last Wednesday night that the Dhivehi Bahuge Academy has selected the name Sina-Dhivehi Maalan for the CMFB. But Dr. Miuzzu tweeted Thursday that the official local name for CMFB is Sinamale Bridge.

The super structure of the CMFB has now been connected.

The USD 300 million project, contracted to CCCC of China, is financed with a USD 100 million grant from the government of China, a USD 170 million 2 percent interest rate loan from China, and USD 30 million from the Maldivian government.