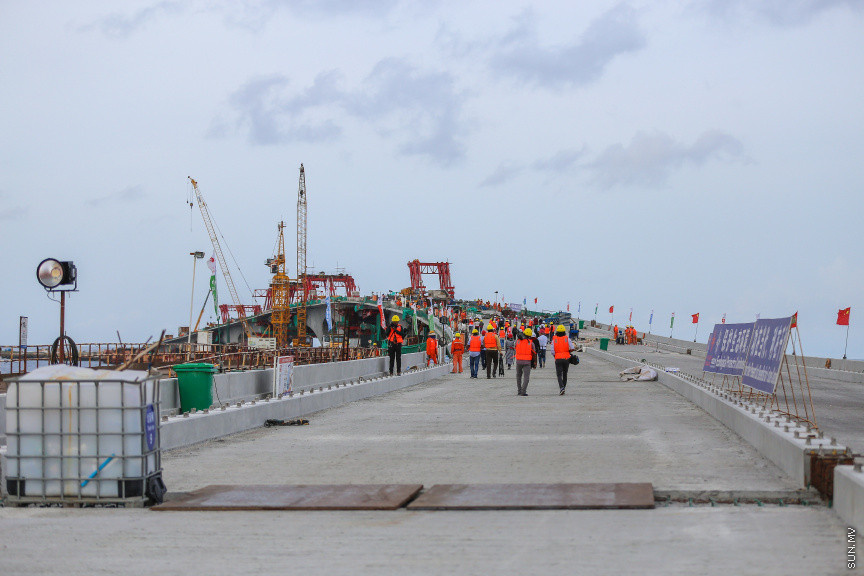 August 30th is scheduled to be a historic day. The day the biggest infrastructure development project ever undertaken in Maldives is completed and inaugurated. The day Maldivians start enjoying the mega project which has linked Male’ City and Hulhule’ via land.

Information officer at MNDF, Captain Ibrahim Azim has confirmed the MNDF is in charge of maintaining security at the Sinamale Bridge.

Meanwhile, Ministry of Housing and Infrastructure says the installation of asphalt on the roads connected to the bridge will be completed within the next two-three days.

The USD 300 million project was financed with a USD 100 million grant from the government of China, a USD 170 million 2 percent interest rate loan from China, and USD 30 million from the Maldivian government.

Inauguration of the Sinamale’ Bridge is scheduled to be opened with fireworks and other festivities.

Several senior officials from both the Maldivian and Chinese government will attend the inauguration.

The bridge stretches 2 kilometers and is 20.3 meters wide.

Bike Maldives is preparing to hold a mass bicycle rally on the bridge on Friday morning to celebrate the inauguration of the bridge, after which State-funded weddings on top of the bridge will take place.