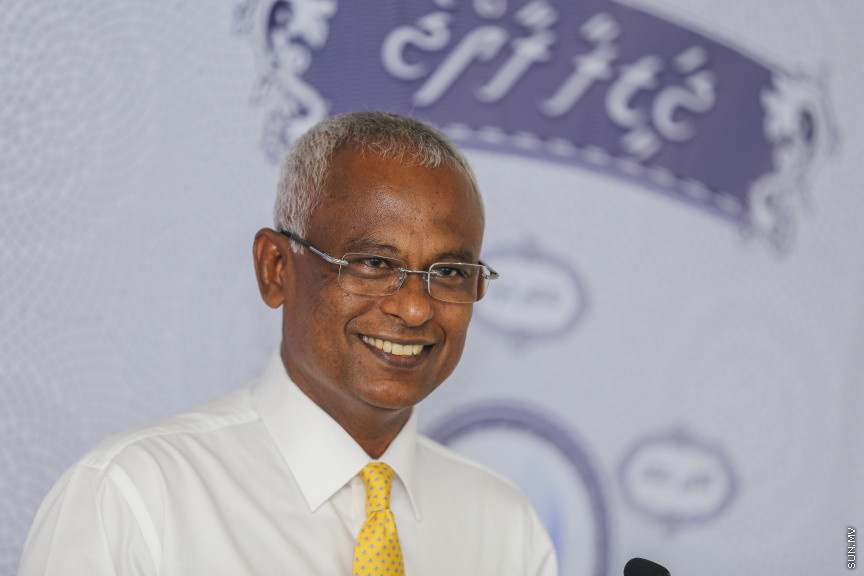 Speaking at the press conference this Thursday, Police Spokesperson Ahmed Shifan said the authority has requested Ibu, who is scheduled to visit Kolamaafushi later this Thursday, to postpone the visit in light of security concerns.

18 suspects have been arrested from Kolamaafushi for vandalizing the Progressive Party of Maldives (PPM)’s party center at the island and cutting down PPM flags displayed at the island. MPS says the case is under investigation.

MPS said the authority has conducted a security assessment on the island doesn’t find the community to be safe environment at the moment.

“We have asked Ibrahim Mohamed Solih to postpone his visit a bit,” said Shifan.

MPS states it doesn’t want the situation at Kolamaafushi to escalate any further.

Shifan said the 18 suspects from Kolamaafushi were arrested in connection with three incidents.

“I want to note that the police will not tolerate confrontations and physical assault or infringement on duties of police officers in connection with the elections,” said Shifan.

Shifan said that every island will have police officers stationed once election-time comes.

When asked by a reporter whether the police are not looking into the assault on Ibu during a door-to-door campaign activity in Hulhumale’, Shifan said the case is still under investigation and that he cannot disclose any information on the case as it is an ongoing investigation.

Shifan said the MPS does not discriminate against any political party.

“I assure everyone, we, the police, haven’t turned a blind eye because a particular candidate is doing something,” said Shifan.