Ibu: Will give a special pension to elderly fishermen, farmers 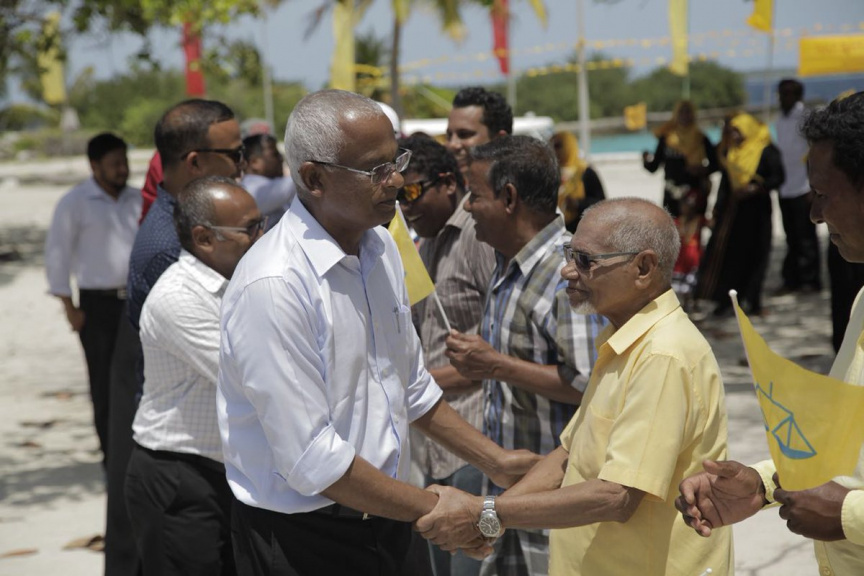 Opposition’s presidential candidate, MP Ibrahim Mohamed Solih (Ibu) says a special pension will be given to elderly men and women working in the fishing industry and agriculture industry by his administration, if he is elected the President.

Ibu visited B. Kudarikilah this Monday as part of his current campaign tour of B. Atoll. Speaking at Kudarikilah, Ibu said the opposition coalition’s manifesto will include benefits to both modern fishermen as well as elderly fishermen. He said his administration will also allocate a special pension for elderly fishermen and farmers.

“I will announce the age category for the special pensioners once our policies are detailed. We will do this for sure,” said Ibu.

He said that his pledges could be fulfilled by the current administration if only they were fair in awarding State projects.

He questioned why the current administration awarded the Dharumavantha Hospital Project to a company for USD 142 million when another company had proposed to complete the project for just USD 54 million.

Ibu said incumbent President Abdulla Yameen Abdul Gayoom needs to be put before the people and made answerable over the decision.

He said if elected President, his administration would look into the case.

Ibu said the opposition coalition also has special policies for youths and education.

“We have written in our manifesto that our economy will be a blue economy. We will therefore announce maritime industry and shipping related policies,” said Ibu.