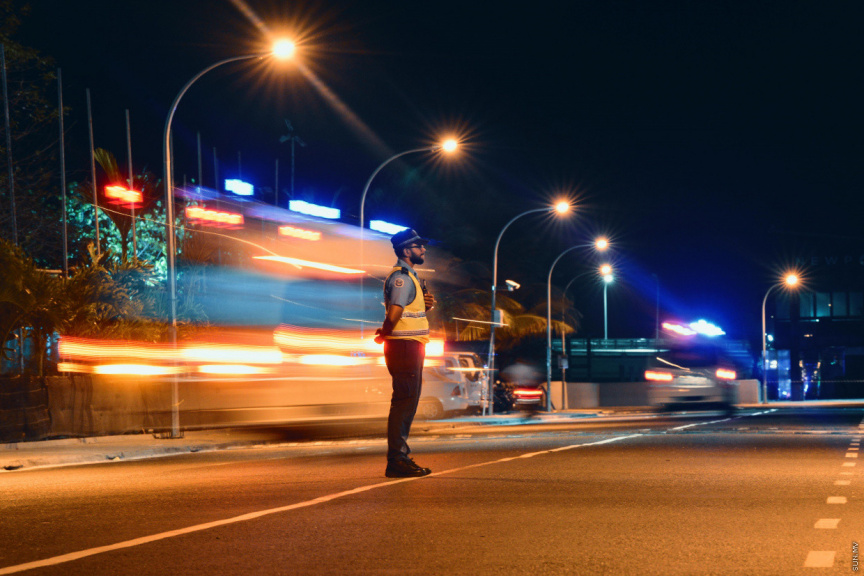 Photo shows a police officer on the street during curfew hours imposed on the Male' city area as a precautionary measure against the Covid-19 virus. (Sun Photo/Fayaz Moosa)

President of the Maldives, Ibrahim Mohamed Solih, during a televised address to the nation, stated that the restrictive measures may have to be reinstated if the situation in the country reverted.

The President warned of such a move after announcing that the restrictive measures such as the lockdown order imposed on the capital would be eased after by phases after it expired on May 28.

During the address, the President stressed that the easements rolled out did not mean that for the public to revert back to the old lifestyles. He added that the country was not fully safe from the virus as of yet.

“If the situation in the country gets worse, due to the easements to the lockdown, we may have to return to the state of lockdown once again.” Said the President.

The easements were subject to the current measures being fully implemented, noted the President. He added that the spread of the virus has been controlled immensely due to these measures.

The first stage of the easements would allow the movement of people and business operations under more convenient arrangements. Other stages would focus on public gatherings.

The President also announced that schools, mosques, restaurants, and cafés would be allowed to reopen as the country returns from the crisis with COVID-19.

Islands free of the virus would be allowed to return to normal and conduct mass prayers, as well as the recommencement of businesses.

Details of the easements would be revealed by the government later on.

The capital of the country and the most densely populated city in the world, Male’ was placed under curfew and lockdown on April 15. A community spread of the virus was identified in the capital on that day. The President hailed the fact that the country was focused on returning just one month and five days after the lockdown order.

The Maldives has confirmed more than 1100 cases of the virus, along with four deaths. 91 people have also made recoveries after testing positive for the virus.