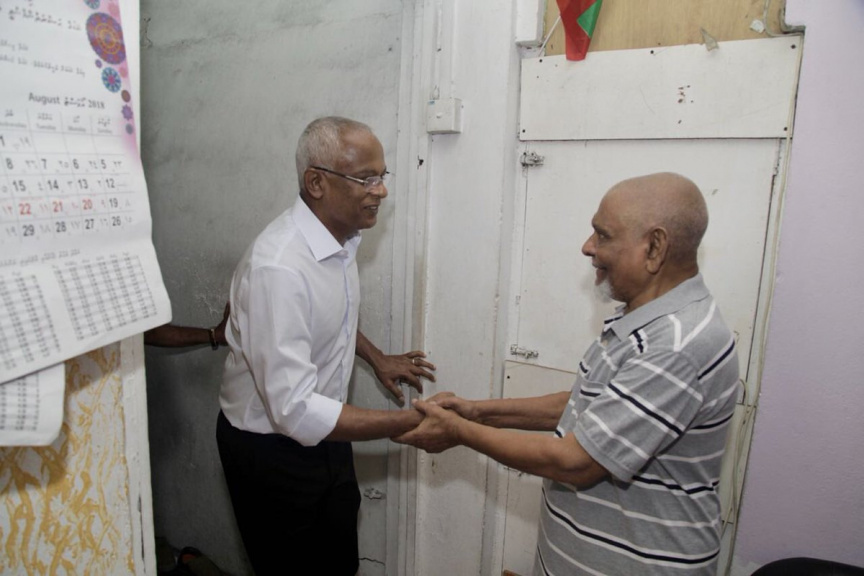 Speaking to press before launching the door-to-door campaign this Saturday, Ibu said he will listen to the concerns of residents of Male’ City and incorporate it into his policies.

“There’s very little time left until the elections. But our target is to meet as many citizens as possible and listen to their concerns, find out what they lack, and compile programs to address the issues,” said Ibu.

He said he does not wish to hold a rally in Male’ City yet, and hopes for equal campaign opportunities to all political parties.

Ibu visited homes in Male’ City this Saturday morning and said he will visit homes in the afternoon as well.

He has announced plans to visit L. Atoll and Th. Atoll to campaign for the elections as well.

Ibu has already visited some of the homes in Male’ City and the atolls to campaign for the elections.

The Presidential Elections 2018 is scheduled to be held on September 23.