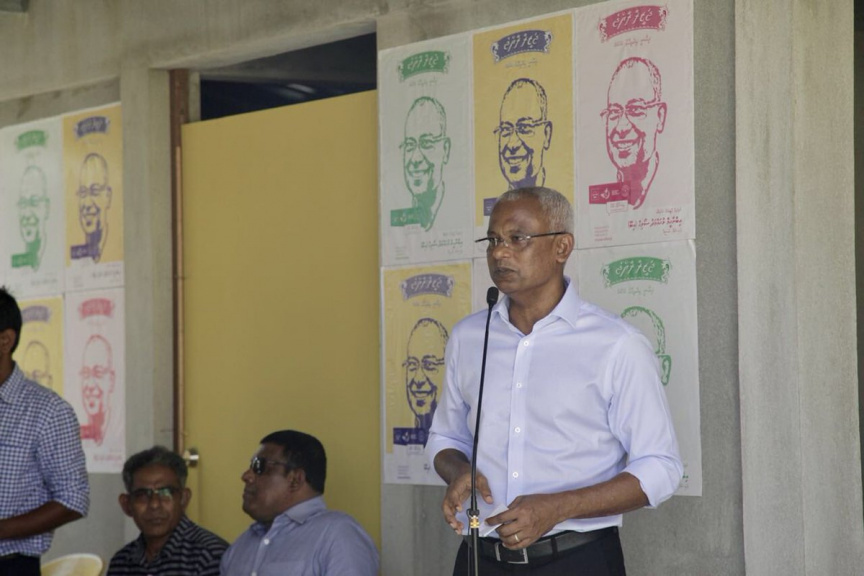 Speaking to the people of Th. Guraidhoo during his current campaign tour of Th. Atoll, Ibu said “Th. Atoll is now the farthest away from Male’”.

“So we need to establish an air transport network in this region. Our administration will give this thought and produce a solution,” said Ibu.

Th. Atoll currently has one airport, located in Th. Thimarafushi.

Addressing the people of Guraidhoo this Sunday, Ibu said roads need to be constructed on the island and the island’s seawall needs to be reinforced.

“We will, In Sha Allah include road construction in our vision for this island,” said Ibu, promising to also improve healthcare facilities in Guraidhoo.

Ibu said the opposition’s vision can only come to being if the leadership of the country changes. He asked the people of Guraidhoo to vote for the opposition at the elections on September 23.