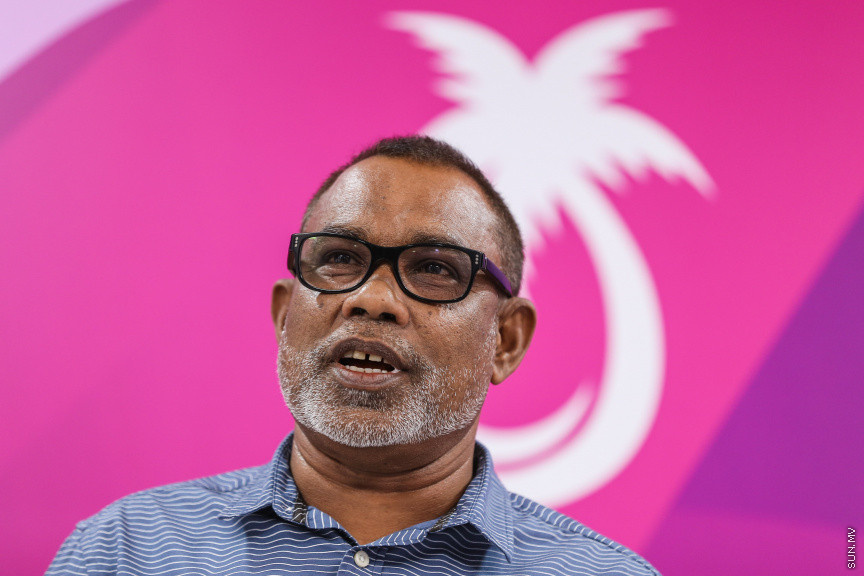 Vice President of the ruling party, PPM, Abdul Raheem Abdulla (Adhurey) has said that the party does not want to delay the Presidential Election set for 23 September.

Last night, the Defence Minister, Adam Shareef Umaru, took to Facebook saying that police and the Maldives National Defence Force are investigating a possible threat to national security. Following the Minister's statement, oppositions have accused the government of trying to delay the election.

Speaking at a PPM press conference at Sakeena Manzil today, Adhurey said that PPM does not want to delay the election at all and want to hold the election as soon as possible.

Adhurey said that PPM would make all the preparations to meet the date set for the Presidential Election by the Elections Commission and support the Commission. He also said that it does not make sense for some opposition leaders to stay outside the country and criticize the politics in the Maldives.

The PPM Vice President said that he requests the opposition leaders not to criticize the same as "throwing stones while in hiding" and such criticism shows that they do not have the "guts" and cannot hide in 21th century politics.

'Land would be given from islands in early presidency'