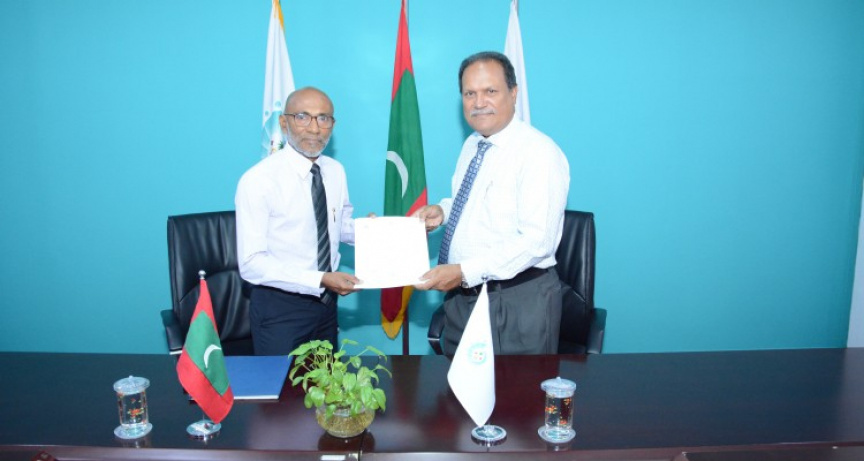 Ahmed Latheef of H. Seaweed in Male’ City has been appointed Director-General of Transition (DGT).

Latheef was presented with his letter of appointment by the President of Civil Service Commission, Dr. Ali Shameem in a function this Monday.

DGT is a position created under Law 05/2010 (Law of Transition of Presidency), which provides a guideline for actions during the transition period. Under this law, the DGT is charged with arranging an adequate office for the president-elect, arrange all necessary equipment and resources for the office, and arrange security for the president-elect via the country’s security forces.

This is the first time for an individual to be appointed to this position.

Speaking to press after the function held to present Latheef with his letter of appointment as DGT, Latheef stated he needed cooperation from the CSC during the transition period, and noted some of the things he needs from the commission.

Dr. Shameem provided assurance the CSC will provide its full cooperation to Latheef.