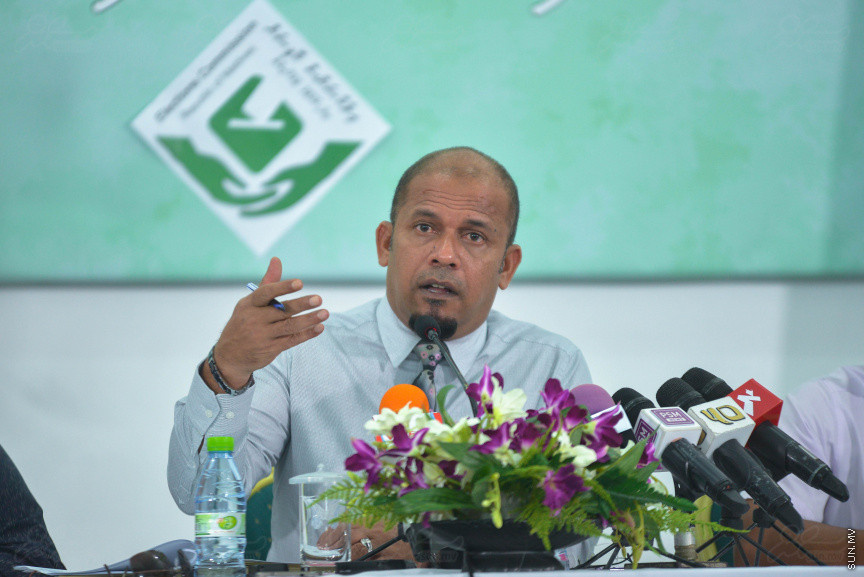 President of the Elections Commission, Ahmed Shareef at a press conference on 22 July 2018. (Sun photo/Mohamed Afrah)

Elections Commissions have released the information on the 5,626 rejected re-registration forms for the up coming Presidential Election.

An announcement issued by the Commission last night said that the forms were rejected because their validity was not verified and have been given three days to submit the forms again.

The announcement said that forms can be submitted Monday and Wednesday and the re-registration forms are available from all Island Councils, City Councils across the country along with Elections Commission in the capital.

Outside the country, forms are available and can be submitted, at the Maldivian Consulates and Embassies between 9:30 a.m. and 4 p.m.

In the renewed re-registration period, only the people with the rejected forms can submit the form again. And failing to re-register would mean they would have to vote in their native islands.

Elections Commission has said that 263,000 people are eligible to vote in the Presidential Election 2018 on 23 September and over 95,000 have submitted re-registration forms.

Defence Minister: Will do anything to protect Maldivian