Defence Minister: Will do anything to protect Maldivian independence 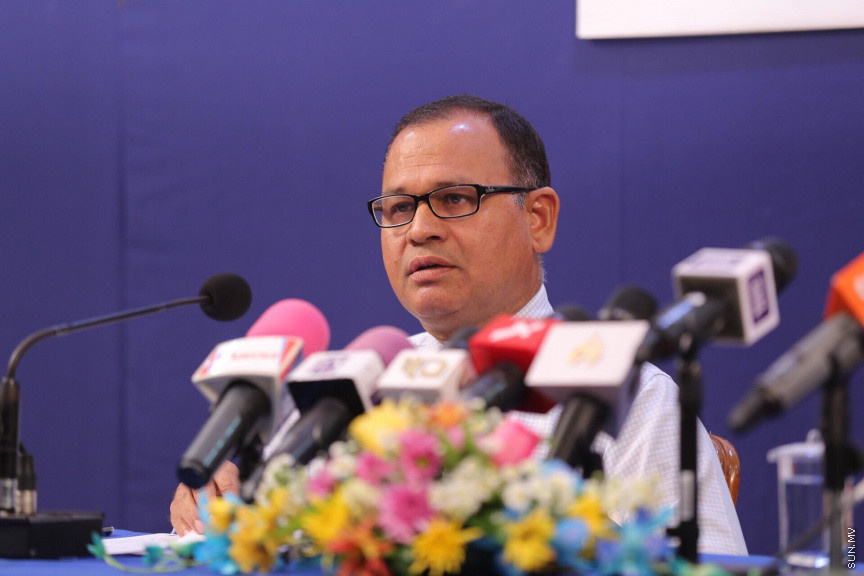 Maldivian Defence Minister, Adam Shareef Umaru, has said that he's ready to do anything to protect the sovereignty and independence of the Maldives.

While Minister Adam Shareef has taken to Facebook with the remarks, Indian politician, Subramanian Swamy, has said that India should invade Maldives if rigging takes place in the Maldivian Presidential Election on 23 September.

Minister Adam Shareef said that the Maldives is fully capable of protecting it's sovereignty and independence and the Maldivian people would me making the decision on it's future and does not have to bring in foreign influences to the decision.

The Defence Minister also called to everyone not to do anything that would disrupt the international relations of the country.

After meeting the former Maldivian President, Mohamed Nasheed, in Sri Lanka last week, Subramanian Swamy took to Twitter saying that India would not allow the Maldivian election to be rigged because it is a neighboring country and embarrassed India.

Following the state of emergency in the Maldives after the nullifying the court order of 1 February earlier this year, former President Nasheed called for the Indian invitation of the Maldives. The ex-president was heavily criticized for his remarks.