Ibu: Land would be given from islands in the first six months 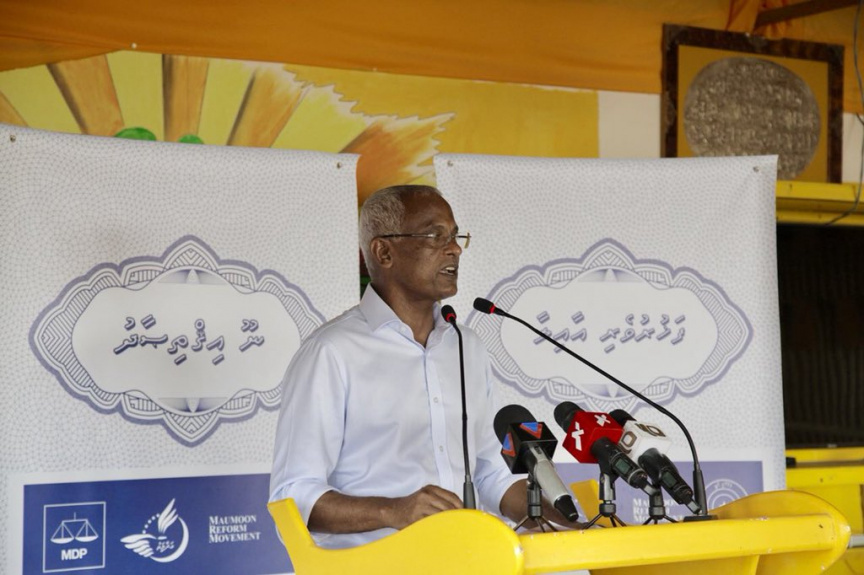 Opposition candidate in the upcoming Presidential Election, Ibrahim Mohamed Solih (Ibu) has said that land would be given out from the islands in the first six months of his presidency.

Ibu said that there are ways to promote tourism in Vilufushi as well since there are uninhabited islands to beuild resorts nearby and promote local tourism on the island. Ibu said that when he's election, his government would work to bring tourist resorts to Thaa Atoll.

The opposition candidate also promised to built a youth center in Vilufushi.

Speaking to the people in another island in the atoll, Ibu also promised an airport on the island.