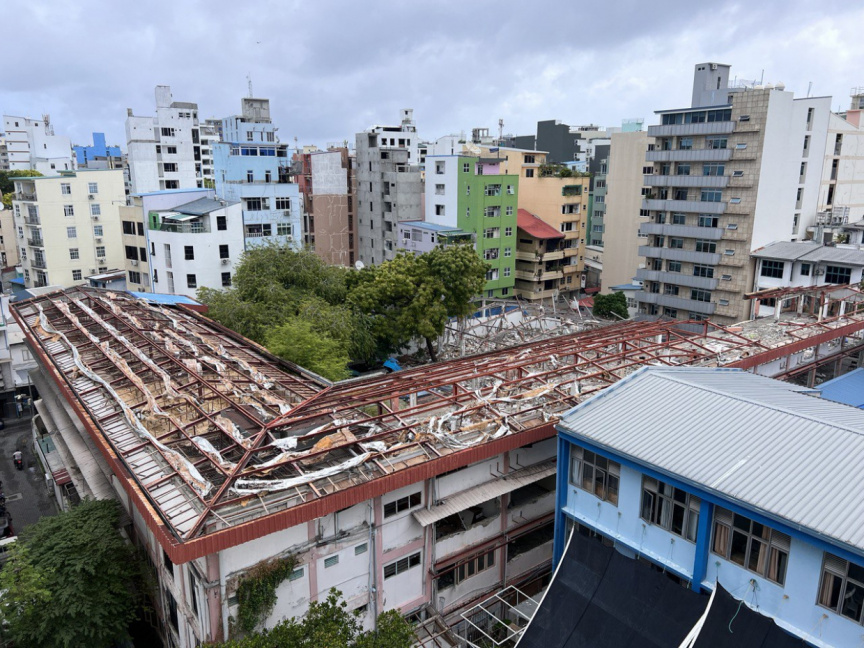 Parents of Arabiyyaa school concerned as an additional building is to be developed in the same plot as the new Arabiyyaa building. (Sun photo)

Deputy Chair of Arabiyya School’s Parent Teacher Association (PTA) Aishath Shahidha said that parents were concerned as there were no options to shift to a single session.

Speaking to Sun, she said that while President Ibrahim Mohamed Solih had stated that the new Arabiyya building would be in the old Jamaaludheen plot, he did not state that another building would be there as well.

Parents of Arabiyya School students protested in December last year, over the large cracks in the school building raising questions as to the structural integrity of the building and students’ safety.

At present, Arabiyya School students study at the temporary building that which Foreign Ministry had used previously.

Shadhiya said that parents had hoped for a permanent solution to the issue. However, they were told that as an additional building for Jamaaludheen is being built in the same plot, Arabiyya School cannot shift to a single session.

“Arabiyya is also a school we want to change to a single session. When we met with the education minister at the time, we were told that it was a policy to move all schools to a single session. In that regard, [the ministry said that] no plot smaller than 25,000 square feet will be used to build a school.”

Noting that the new building of Arabiyaa is being built on land that is only 18,000 square feet, Shadhiya said that there is no longer a way to make the school a single-session one. She added that a letter has been sent to the president requesting for a discussion on the issue.

On Thursday, 29th September, Amin Construction Private Limited was contracted to design and construct the new building for Arabiyya School an annex to the current Jamaluddin School building.

Apart from this, an employee parking area has been included in the design for staff at both schools.