Arabiyya School students to be transferred to two other schools 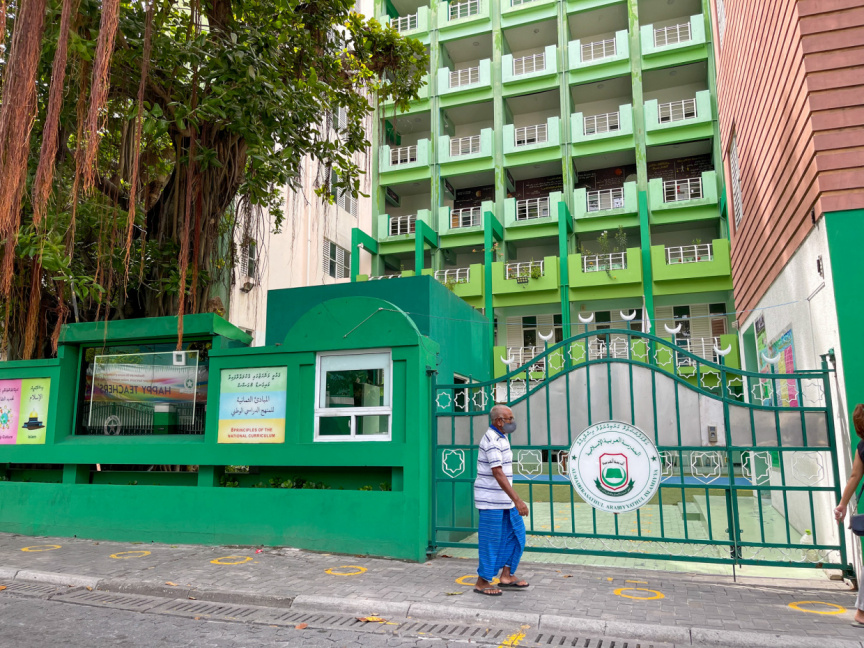 In a statement released today, the Education Ministry said that the education of over 700 students can only remain uninterrupted at locations especially built to run a school at. The Ministry described such a building as one that is designed with the facilities needed to house students, with the relevant facilities.

With reference to these matters, the Ministry said that they have taken the decision to transfer Arabiyya School students to Izzudheen School, and one of the new schools being built at Hulhumale’.

They noted that the decision was taken in mind with the issues faced at the building which Arabiyya School is currently run at. Stressing that it would take time to address the issues – the Ministry detailed that how to renovate the building can only be identified following a structural assessment. They assured that renovations will be carried out as per the recommendations in the assessment.

Despite this, the Ministry said that the building will always be allotted for Arabiyya School.

Parents of students at the Arabiyya School building have been expressing concern over the large cracks in the building. Several Islamic scholars have also taken to social media to express concern.

Abrabiyya School is the only educational institute in the Maldives which teaches to Arabic medium. The assessments given to students at Arabiyya School are acceptable to Al-Azhar University in Egypt.